Trump reveals identity of whistleblower as impeachment inquiry kicks in 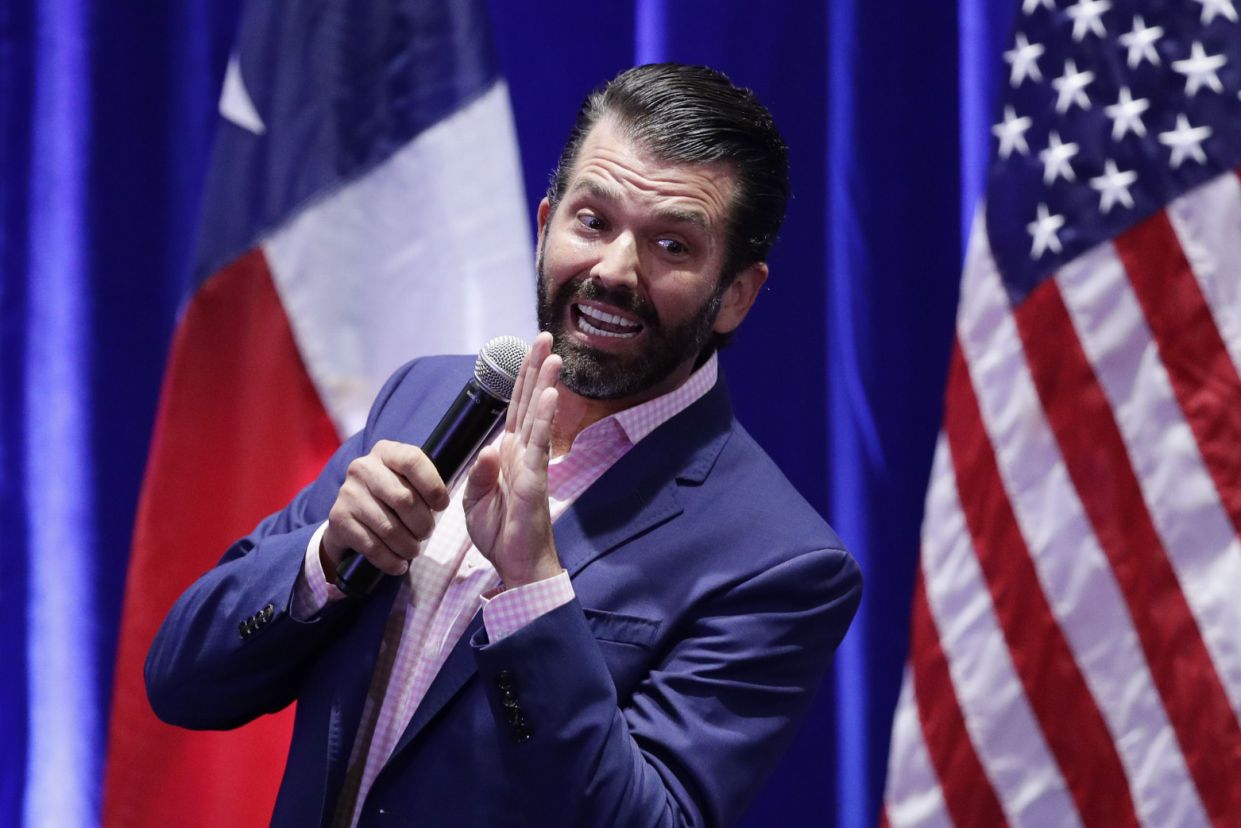 Trump reveals identity of whistleblower as impeachment inquiry kicks in

For weeks, President Trump and his supporters have demanded that the identity of the anonymous intelligence community whistleblower who triggered the impeachment inquiry be exposed.

On Wednesday, Trump’s eldest son, Donald Jr., revealed the name of the alleged whistleblower in a tweet.

Trump Jr. presented no evidence that the person identified is the whistleblower, though the name has been circulating in right-wing media and on Twitter for several days.

The tweet links to a Breitbart News article that claims the whistleblower worked in the Obama administration and “interfaced” with officials who “played key roles” in facilitating the infamous Trump dossier produced by former British spy Christopher Steele, citing as evidence that the individual’s name appears in email chains related to Ukraine policy.

In a statement to journalist Yashar Ali, the White House said neither the president nor any senior administration official was aware in advance of Trump Jr.’s tweet naming the alleged whistleblower.

At a Trump reelection rally in Kentucky on Monday, Sen. Rand Paul, R-Ky., demanded that the media unmask the whistleblower, despite federal whistleblower protection laws.

“Do your job and print his name!” Paul yelled as the president clapped.

On Tuesday, Paul threatened to reveal the whistleblower’s name himself.

Many of Paul’s Republican colleagues criticized him, saying the whistleblower deserves to be protected.

“We should follow the law,” said Sen. Lamar Alexander, R-Tenn. “And I believe the law protects whistleblowers.”

“The whistleblower statute is there for a reason,” said Senate Majority Whip John Thune, R-S.D. “And I think we need to respect the law where whistleblowers are concerned.”

Andrew Bakaj, an attorney for the whistleblower, warned members of Congress not to expose his client’s identity.

“If Congress and others do not protect my client’s anonymity — which my client is afforded to by law — not only does it jeopardize their safety, but it jeopardizes an entire system that took decades to build,” Bakaj tweeted on Wednesday. “It will destroy effective Congressional oversight for years to come.”

“If the President or any Member of Congress engages in rhetoric or activity that places my client in danger, they will be held personally responsible,” Bakaj added. “As I have already stated: my team and I are keeping all options on the table.” YahooNews