UBA faces upsurge in lawsuits, may pay N472bn in claims

United Bank for Africa (UBA) could pay out a chunky N472 billion  in claims as lawsuits against the banking giant shot up to 911 in the third quarter ended September 30, 2020. 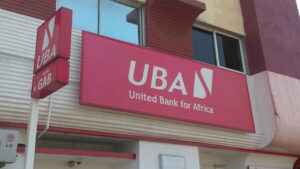 UBA has been on very strong financial footing these past years but it has come under severe legal issues with clients according to filing at the Nigerian Stock Exchange, NSE. This may peg back the bank’s strong profit showings in the coming years, analysts say.

The legal tango bordered mainly on excessive/wrongful charges, fraud sometimes committed by staff against depositors,  loss of business profits, seizure of collateral,  among .

In its statement filed with the NSE on its nine-month performance, UBA disclosed (as mandated by law) that it is currently involved in 911 legal cases, with total amount of claims put at N472.04.

“The directors having sought the advice of professional legal counsel, are of the opinion that no significant liability will crystalise from these cases beyond the provision made in the financial statements. There were no material litigation settlements during the period,” the regulatory statement said.

But UBA is not the only bank stuck in the legal muddle. Other banks have their respective legal issues with depositors, debtors and sundry clients.

Some of the cases had been resolved through ADR – Alternative Dispute Resolution. The Chartered Institute of Bankers of Nigeria (CIBN) has often advised banks to embrace alternative dispute resolution mechanisms over traditional litigation as a way to scale down the number of lawsuits involving the financial institutions.

CIBN has always argued that ADR reduces legal costs, swifter to resolution than the sluggish justice system and is not likely to cause bad publicity for banks.  Outside banks, some judges have been known to advice litigants to seek the path of ADR, especially in cases requiring settlement in debt or monetary values.

The law requires banks to disclose their involvement in lawsuits, the severity of the lawsuits as well as and how much claims they could pay in the event the suits are resolved in favour of the other parties.

The Covid-19 pandemic may have contributed to the dip in profits and deposits as it did to other banks.