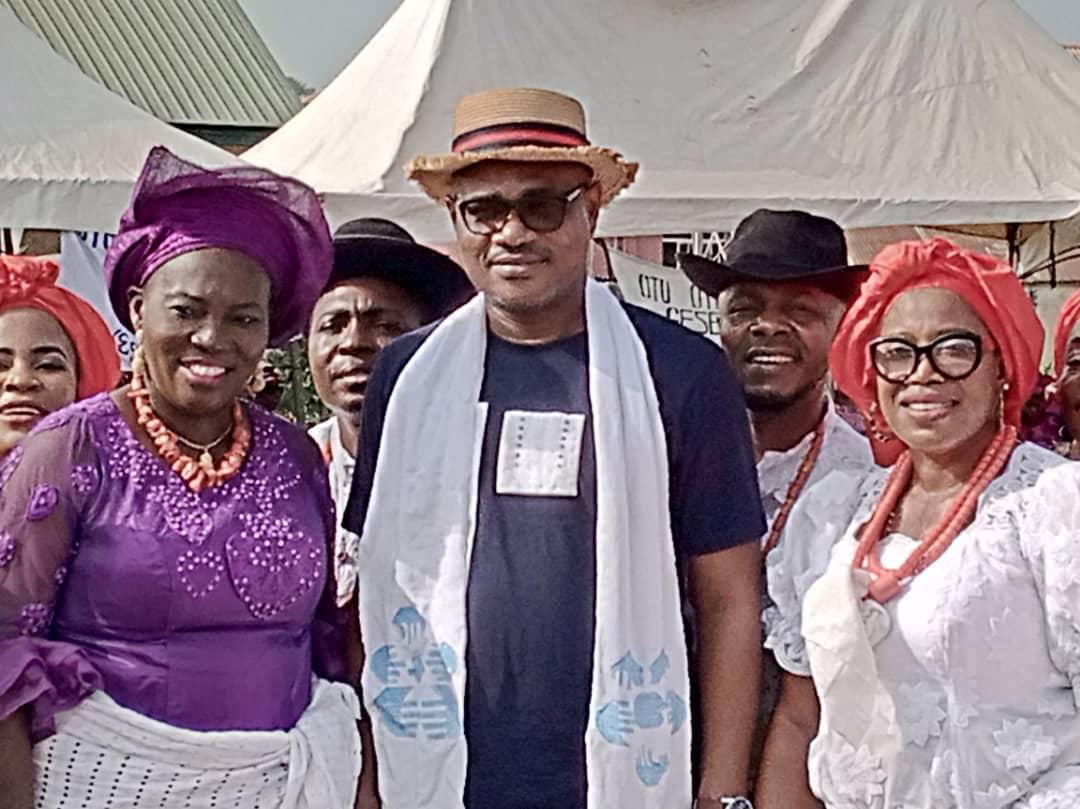 The people of Ubulu-Uku, one of the biggest towns in the Anioma nation of Delta state chose Monday, December 27 to mark their Cultural Day. It was the maiden edition but it turned out the best Christmas gift from the town to the world.

The Cultural Day, having received the state government’s endorsement and full backing of notable Ubulu natives will now become an annual festival to crown the year and add to the bouquet of traditional festivals that have over the years defined the eventful history of a town famed for many noble deeds, virtues and values. Every December 27 is now officially Ubulu Uku Cultural Carnival Day. 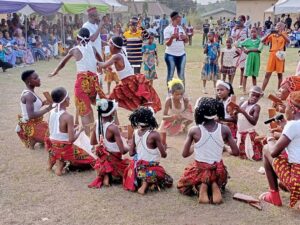 Ubulu-Uku is steeped in history and culture. The town holds the franchise for the now popular and globally acknowledged Akwa Ocha (White Cloth). This is a hand-woven, delicately knitted cloth made from pure cotton and spangled with different motifs to create one of the most intriguing pieces of fabrics. 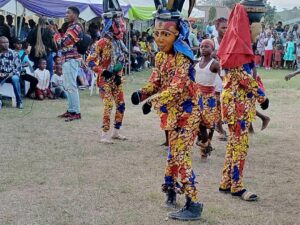 The forebears of Ubulu Uku, usually the women, were the brain behind this special, now globally sought-after cloth. They made it from their local handlooms made from woods arranged in vertical and horizontal orders to create a beam through which they pass cotton threads. To produce the cotton thread, they spin the cotton fibre, kneading it between their fingers on both hands until it tangles into fine threads. It’s the thread that they pass painstakingly through the loom to form a mesh of soft, woolly fabric called Akwa Ocha. 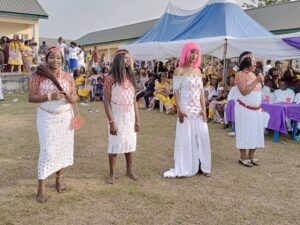 These days, colourful motifs are added to give it a rich tapestry of splendour, royalty and magnificence. The process is slow and tasks your patience threshold but the product is simply peerless, incomparable with any fabric in symbolism and sophistication. It takes weeks to produce a piece which is usually over a yard in diameter. But what it takes from the weaver in terms of time and patience, it more than gives in terms of fulfilment, uniqueness, elegance and cash. It does not come cheap. Akwa Ocha is expensive and costs as much as N60,000 for a pair of barely over one yard each part. 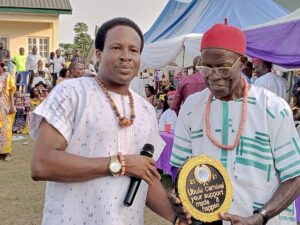 Akwa Ocha is one of the special totems that define Ubulu Uku kingdom. And it was on lavish display at the carnival. Delta State Commissioner for Tourism and a proud son of Ubulu Uku, Hon. Lawrence Ejiofor, who was one of the chief promoters and sponsors of the carnival said it was intended to bring together sons and daughters of Ubulu from far and near. 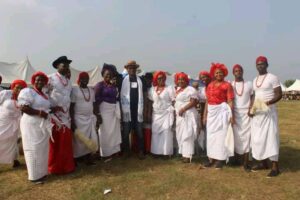 Ejiofor, an emerging political leader in the town and one said to have the good ears of Governor Okowa, urged the youths and other Ubulu natives to show more interest in the culture of the town.

Comrade Alex Akpu, Coordinator of the carnival described it as a cultural reawakening; something that will not only help to propagate the culture of the people but also light the fire of the Ubulu culture among the younger generation. He wants Ubulu indigenes to help retain their culture. “People see culture as fettish, but it’s not. This is what we want to prove with the carnival”, he said. 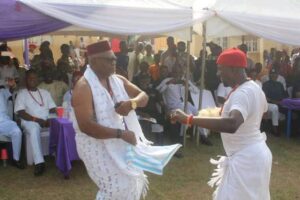 From Ozubulu in Anambra State came Lady Calista Nwosu, a lecturer, who expressed joy for being part of the Ubulu carnival. Ozubulu in Anambra has its ancestry tied to Ubulu Uku. She noted that apart from a slight difference in dialect, Ozubulu and Ubulu Uku share so much affinity in culture.

Mr. Jonathan Monye, President Ubulu Uku Development Council, UDC, said it is now time to bring back some of the values of the town which the younger generation is letting go. 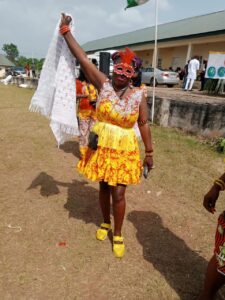 Participants who did not hide their elation said they were looking forward to that of next year.

The carnival lit up the town as the dancers and Ubulu Uku sons and daughters marched through major roads and byways of the hilly town. Ubulu Cultural troupe, children, local masquerades and other dance groups showcased their dancing skills in a kaleidoscope of brilliant colours of traditional attires. It was a perfect Christmas gift from Ubulu Uku to the rest of the world as the event was live-streamed on various social media platforms.