Local News
Home›Local News›Umahi was PDP in the exterior, but APC at Heart – Adesina

Umahi was PDP in the exterior, but APC at Heart – Adesina

By Admin
75
0
The Special Adviser on Media and Publicity to President Muhammadu Buhari, Femi Adesina, says Ebonyi State Governor, Dave Umahi, has always been a member of the All Progressives Congress (APC) at heart even while he was in the Peoples Democratic Party (PDP).

This was contained in a piece by Adesina on Thursday evening titled, ‘Dave Umahi’s Heart of Lion’, where he praised the Ebonyi State governor for being courageous enough to dump the opposition PDP for the APC.

“Umahi had been a PDP man, possibly all of his political career. He was a deputy governor to Martin Elechi for eight years, succeeded him as governor, and is now in his second term.

“Umahi had always loved and respected President Muhammadu Buhari, and never hid it, though they were of different political parties. And the President reciprocated in like manner. In fact, the first State the President ever visited in the country and passed the night was Ebonyi. Umahi was PDP in the exterior, but APC at heart,” he said.

While praising Umahi’s action, Adesina said, “Gov Umahi has done what Napoleon couldn’t do. He has officially crossed from the PDP to APC. Only a man with the heart of a lion could do that.”

He added that “What Umahi exhibited last month in crossing from PDP to APC can best be described as the heart of a lion.

“If there was a time the APC needed a shot in the arm, it was the time Dave Umahi came. It changed the country’s political map and configuration. And APC is breathing easier again.”

Umahi earlier in November dumped PDP for APC after weeks of speculation that he had taken the decision to dump the opposition party for the ruling party.

He, however, faulted the claims that he left the PDP to achieve his ambition of becoming the president in 2023.

The article reads in part:

There were three prominent red caps dotting the hall, as the All Progressives Congress (APC) held its National Executive Committee (NEC) meeting on Tuesday at the Council Chambers of the Presidential Villa, in Abuja. 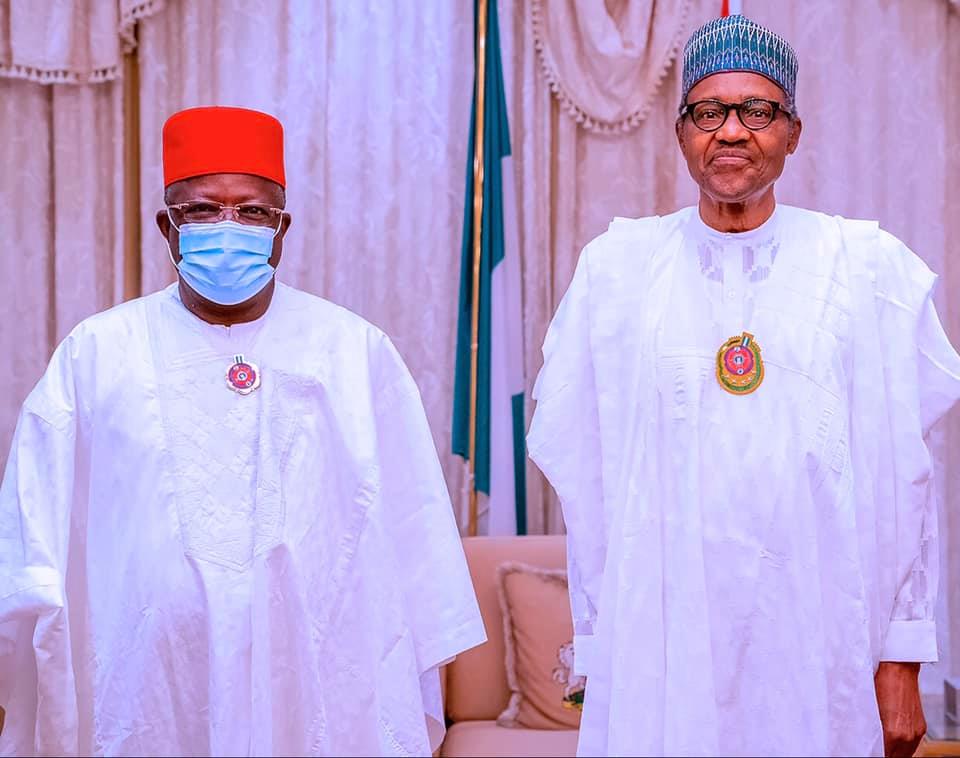 Type of caps are often symbolic of the part of the country you hail from. Red is typical of the East, particularly if you are a title holder. And these three were no mean men.

The first red cap adorned the head of Chief Orji Uzor Kalu, a former two-term governor of Abia State, and an early comer to the APC from his region of the country. He caught the vision of a renascent Nigeria early enough. He used to belong to the People’s Democratic Party (PDP) and the Progressive People’s Alliance (PPA).
The second red cap sat daintily on the head of Hope Uzodimma, another wise man from the East, and Governor of Imo State. He also used to belong to PDP, till he had a Damascus road experience like the biblical Saul, who became Paul.
The third red cap? Man of the moment, and star of the NEC meeting. Every mention of his name drew an applause. Chief Dave Umahi, an Engineer, and Governor of Ebonyi State.
My first inkling of what was on the way was about two years ago. There was a meeting of Progressive Governors (as those elected on the platform of APC are called), and Gov Umahi had sent his deputy to attend. A PDP man among APC Governors? Something was definitely cooking.
TagsAPCDave Umahifemi adesinaPDPUzor Kalu
Previous Article