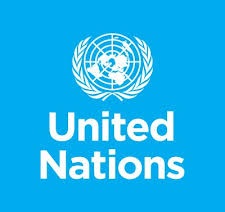 Nigeria’s response to the Coronavirus pandemic has caught the attention of United Nations Secretary-General António Guterres, who described it as remarkable.

Speaking during a virtual news briefing in New York on Friday, Guterres singled out Nigeria as one of few developing countries that have “shown a remarkable capacity to respond.

“I have to say that some of these developing countries have shown remarkable capacity to respond.

“I was quite impressed to see, for instance, Nigeria putting in place immediately in a stadium a hospital.

“And I saw difficulties in countries that are much more developed to do quickly the same.

“So, there are efforts done by countries in the developing world that we should point because they represent a very strong determination.

“But the resources available are, of course, insufficient, and the health services are usually extremely out of proportion with the needs of a pandemic like this,”Guterres said.

The UN Chief spoke in response to a question that sought his opinion on early confinement measures by some countries with fragile health systems to check the spread of the virus.

He was referring to the conversion of the Mobolaji Olufunsho Johnson Stadium in Onikan, Lagos, by the state government to a 101-bed isolation centre for patients.

As of 11 a.m. on Thursday, there were 190 confirmed cases of COVID-19 in Nigeria, with Lagos accounting for 98 cases, according to the Nigeria Centre for Disease Control (NCDC).

The state has discharged 23 patients as of Thursday morning, the Commissioner for Health, Prof. Akin Abayomi, said, bringing the total recoveries to 24 nationwide.

There had also been a massive response at the national level, including the setting up of a Presidential Task Force to control the virus in the country, with the first case announced on Feb. 28.

Among other measures, President Muhammadu Buhari on March 18 imposed a travel ban on 13 countries with high cases of the virus.

The president on Sunday, March 29, directed a lock down on the Federal Capital Territory, Lagos and Ogun states, while the NCDC is boosting its testing and contact tracing capacity.

Several states governments in the country including Delta that has yet to record any case of the viruse had imposed movement restrictions, among other preventive measures.

Underscoring the importance of prevention, the UN chief stressed that COVID-19 “is a pandemic that must be fought from the very beginning, even before it enters a country.

“To act early rather than later is absolutely essential, because only by acting early we will be able to contain and suppress the disease, and avoid the dramatic economic and social consequences that we are witnessing in so many parts of the world”.

“This is particularly true in the developing world, and this is why I’ve been asking for massive support both in the health area and in the economic and social area, from the developed countries and from international financial institutions to the developing countries,’’ he said.

The UN Chief, however, appealed to countries with effective testing, contact tracing and quarantine mechanisms in place to “do much less restrictions of movement and of separation of people.”(NAN)