By Admin
61
0
Akwa Ibom State High Court sitting in Ikot Ekpene on Thursday sentenced Professor Peter Ogban of the University of Uyo to three years imprisonment in a two-count of manipulation and falsification of election results.

Ogban was the returning officer in the Senatorial Election held in Akwa Ibom north-west in 2019 and the case was instituted by the Independent National Electoral Commission (INEC) in Akwa Ibom state against him.

The lecturer has been standing trial before a State High Court in Ikot Ekpene division since November 2020 on the allegation that he manipulated scores of two political parties, falsified and announced fake results in two local government areas of Etim Ekpo and Oruk Anam.

Witnesses testified during the trial. The witnesses, who served as collation officers for Orukamam and Etim Ekpo LGAs respectively, told the Akwa Ibom State High Court presided by Justice Augustine Odokwo, in their separate testimonies that the results they presented was different from the one declared by the accused.

Also, Dr Ekaidem, said while his collated result for Etim Ekpo LGA showed that the APC scored 2,671 votes and the PDP 6,603 the result finally declared by the accused was 5,671 votes for the APC and 3,306 for the PDP.

In his judgement, Justice Augustine Odokwo said the evidence before him was overwhelming and that the prosecuting counsel has proved the case beyond a reasonable doubt.

After pleas for mercy by the defense counsel and the accused, the judge ordered the accused to pay a fine of N100, 000 on the first count and sentenced him to three years in a correctional facility with no option of a fine.

A lecturer at the University of Uyo, Professor Ignatius Uduk, is also being tried on a three-count bordering on electoral fraud. 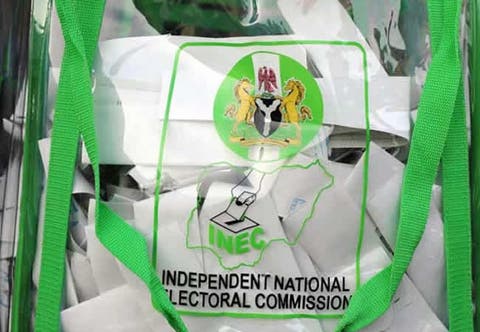 The Professor of Human Kinetics in the Department of Physical and Health Education, University of Uyo is accused of unlawful generation of election results in favour of PDP in Essien Udim State Constituency election in 2019 and lying under oath.

He was remanded in custody in December after the court issued a warrant of arrest on him.

The adjournment of his trial was based on a verbal application by the prosecuting counsel to effect a minor amendment on their earlier charges.

He was later granted bail in the sum of N500,000, one surety with landed property in Uyo with a certificate of ownership, and a letter of recognition from a prominent indigene of the state.