By Admin
203
0
An apparent breakthrough in a coronavirus vaccine weakens the case for another large U.S. fiscal stimulus bill, but relief is still needed for struggling businesses to create a bridge for the economy, investors said.

Pfizer Inc’s announcement that its vaccine was more than 90% effective in tests come as Senate Republicans and House Democrats are in a standoff over the health of the economy and investors are closely watching any movement over talks.

Democrats have pushed for a $2 trillion package, with support for state and local governments that are facing steep layoffs, but Senate Majority Leader Mitch McConnell has pushed back, arguing Congress should enact a smaller coronavirus stimulus package highly targeted at the pandemic’s effects.

“You have to assume in general that whatever level stimulus you would have received will probably be less because policy makers will say that the economy will mend,” said Jonathan Golub, chief U.S. Equity Strategist for Credit Suisse.

The vaccine news came after the United States became the first country to cross more than 10 million coronavirus cases on Sunday, according to a Reuters tally.

New Jersey joined some other U.S. Northeast states on Monday by reimposing economic restrictions such as closing indoor dining by 10 p.m.

Mohamed El-Erian, chief economic advisor at Allianz, the corporate parent of PIMCO, cautioned that stimulus relief was still required to minimize the pandemic’s economic and social effects. The “inclination is to argue that the fiscal support is no longer needed. That would be wrong,” he tweeted.

Talks for another stimulus bill will likely be affected by polls for two open U.S. Senate seats at play in the Jan. 5 run-off elections in Georgia, said Esty Dwek, head of global macro strategy at Natixis Investment Managers, who cautioned that the U.S. economy remains weak.

“Even with a vaccine we need stimulus,” she said, adding that the risk is that any further relief bills will “be about politics and not about need.”

While another stimulus bill would likely extend the market rally, the lack of a relief package now will not sink stocks or investor sentiment as much as before Pfizer’s news, said Lamar Villere, portfolio manager at Villere & Co. 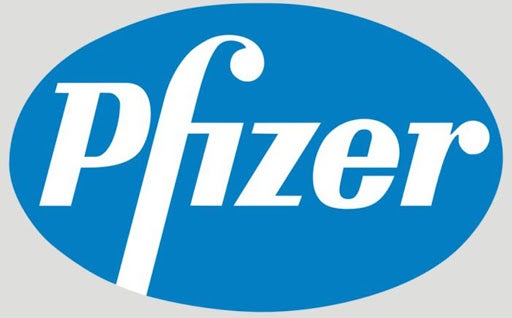 “The downside risk of what does a world looks like in a no-stimulus scenario is frankly less disastrous to the market than it was yesterday,” he said. “We now appear to have blue skies ahead if all of this is as positive as it looks.”

As investors moved into riskier assets on Monday, stocks hit record peaks while benchmark 10-year Treasury rates jumped to their highest since March, when the U.S. economy froze under lockdowns to prevent the spread of the virus.

Expectations for an imminent vaccine will likely push interest rates higher as investors price in an economic rebound next year, said Jabaz Mathai, head of U.S. rates strategy at Citigroup, wrote in a note Monday. “Nevertheless, a stimulus package would be ideal to create a bridge for the economy.”

Paul Nolte, portfolio manager at Kingsview Investment Management in Chicago, said a vaccine reduced the need for a stimulus but said if it was not available to the general public until March or April, “we might need something to bridge that.”

Markets could continue to rally even if new stimulus is pushed to next year, said Anwiti Bahuguna, head of multi-asset strategy at Columbia Threadneedle. A stimulus bill will now likely range from $500 billion to $1 trillion, rather than the $2 trillion plus that Democrats had been pushing for, she added.

“People were rightly staying away from certain sectors” like hotels and travel, she said. The market’s broad rally Monday “implies that rotation trade is on.”