Local News
Home›Local News›Varsity student raped to death may get justice as FIDA, others mount pressure

Varsity student raped to death may get justice as FIDA, others mount pressure

The International Federation of Women Lawyers and the Kwara Ministry of Women Affairs have demanded justice for the University of Ilorin student, Blessing Olajide, raped to death by unknown persons. 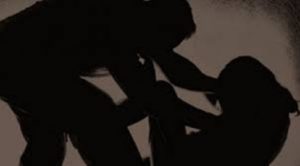 Mrs Deborah Aremu, the state Commissioner for Women Affairs, told journalists in Ilorin on Friday during a protest against the incident which occurred on July 1, that it was sad and unbearable, particularly for mothers.

The protest was against the gruesome murder of the 300 level student.

Aremu said that government would stop at nothing to ensure that justice was served.

Similarly, the Chairperson of FIDA, Mrs Gloria Okodua, urged government to beef up security apparatus to protect lives and property, saying rape cases in the society is becoming too rampant.

Also, the deceased sister, Mrs Dupe Shittu, lamented that Olajide has been living with her at Tanke area, Ilorin, for the past seven years.

Mrs Shittu said she was shocked to meet her lifeless body in the sitting room after she returned from work on June 1. (NAN)