Local News
Home›Local News›Vehicles to use gas from next month – Sylva; lists gains of subsidy removal

Vehicles to use gas from next month – Sylva; lists gains of subsidy removal 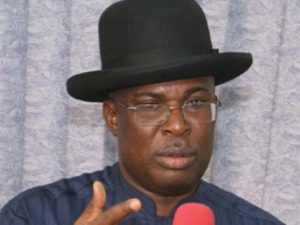 Sylva, who said this on Thursday, while speaking with newsmen in Abuja, said that beginning from October, Nigerians “can now convert cars using petroleum to gas, which will be cheaper’’.

“It is time for Nigerians to face reality and do the right thing. What is deregulation going to do? It is going to free up a lot more money.

“At least from the very beginning, it will save us up to a trillion and more every year.

“Already, we have taken up the budgetary provision for subsidy which is about N500 billion in the budget.

“Also, we have taken off the excess forex price that special rate that was given to NNPC which also came at a cost.

“So, all the money that we used to defend the naira at that time to subsidise the dollar will now be freed up for development.

“I believe that this discussion around subsidy has been a vexed issue that has captured the imagination of this country for a long time now,’’ the minister said.

“And why did I say that time was not good for it? Does that imply the time is good for it now? The problem around deregulation is that people must understand first that the product we are talking about is a derivative of crude oil.

“So, the best time to achieve this we looked at was the time when crude oil prices are low so that Nigerians will get the benefit of those low prices,’’ he said.

The minister recalled that in March, when the Federal Government announced the deregulation, the prices were low and that advantage was transferred to the consumer.

According to him, anytime there is even a kobo increase in the pump price of product, you see that people will increase their prices triple fold and four fold.

Sylva said that the Federal Government was planning an alternative fuel to give the deregulation a human face.

“To give it (deregulation) a human face, we are introducing an alternative fuel. We are giving auto gas. Gas will now become a fuel for our cars. This programme will be rolled out within the next one month.

“So, if you go to a filling station and you convert your car to dual capability or dual fuel, then you drive into a typical filling station, you will find gas LPG, you find CNG and NLG being sold.

“So, if you look at the price of PMS versus the price of gas and you think that gas is cheaper which of course, it is going to be cheaper.

“Gas will even be cheaper that PMS as it is today. So you see that we are also giving an alternative to the ordinary Nigerians,’’ the minister said. (NAN)