Welcome to Chukuku where frying Akara is forbidden, but eating allowed 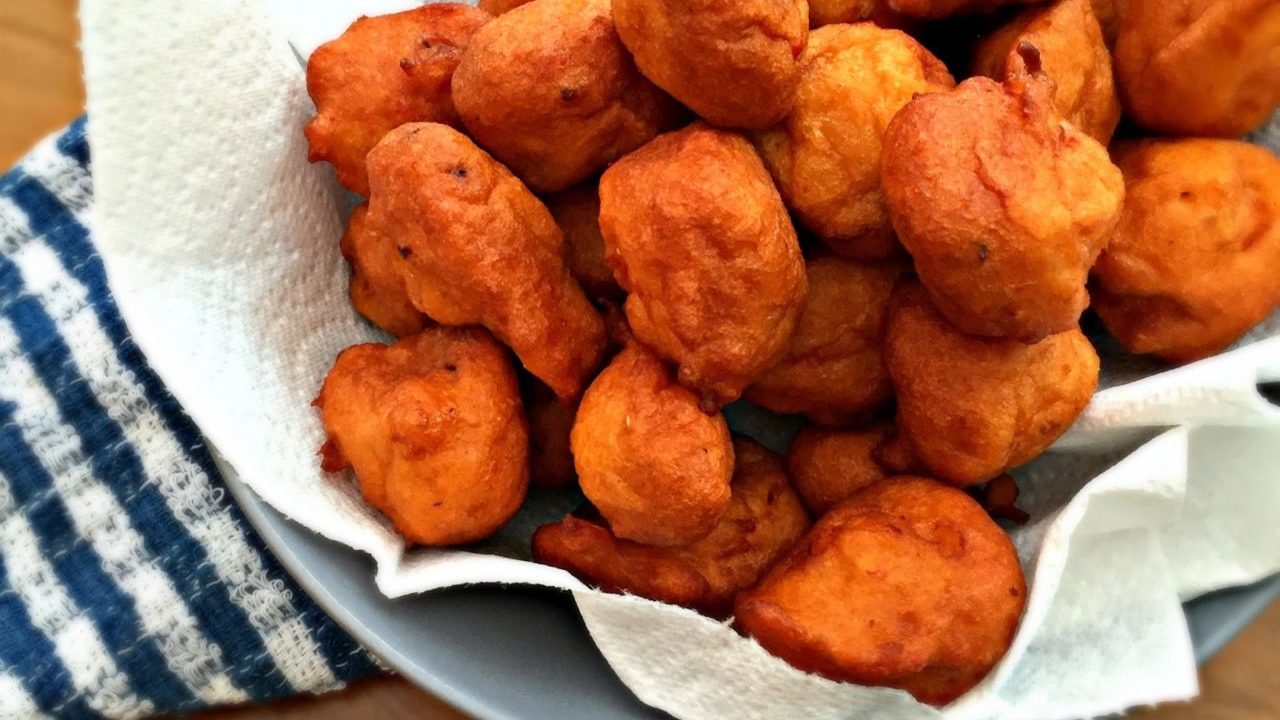 Welcome to Chukuku where frying Akara is forbidden, but eating allowed

We learned from our forefather that people are not allowed to fry Akara in this community, and we asked why, we were told it’s their forefathers’ instruction.

Akara (Bean cake) is a popular snack and staple food in Nigeria and some other African countries. Fried by street sides or in homes, it offers a special variety in the always expanding Nigerian menu.

Though its origin is said to be from the Yoruba tribe of Nigeria, it has found its way to the tables of other West African countries and even beyond.

It is enjoyed in many Nigerian homes either as breakfast or dinner.

Akara is made from beans. To prepare it, beans is peeled and blended into a pudding with pepper and other preferred seasoning, it is then fried and served with garri, custard, pap, oatmeal or bread.

In some communities, crayfish or fish is added with other spices like garlic before frying.

In spite of its popularity, some communities forbid the frying of Akara.

Culture is a people’s way of life including their belief, values , norms , tradition and behaviour. In the world today, there are people living in communities with different beliefs and cultural diversity.

About 10 minutes drive from Gwagwalada, a University community in the Federal Capital Territory (FCT), is Chukuku Village, a farming community, where it is a taboo to fry Akara.

Even with globalisation and modernity that surrounds FCT Abuja, one of the fastest growing capital cities in Africa,  Chukuku community still believes in the ancient myth and tradition of its forebears, which forbids the frying of Akara within the community.

A News Agency of Nigeria (NAN) research shows that eating of Akara was not forbidden in Chukuku, but frying or baking it within the community is a taboo.

The community, mostly inhabited by the traditional Gbagyi people, with mixture of other tribes such as the Yoruba, Igbo, Hausa, among others, are highly industrious with farming as their major occupation.

The Chief of Chukuku , Malam Bikko Usman, said there were no particular or specific reasons why the residents of the community do not fry Akara, but a tradition handed over by their forefathers.

“It is the frying that is forbidden not the eating.

“We relocated from one part of the Chukuku village,  where we don’t fry Akara to this part, that is why we still don’t allow the frying of Akara.

“I can’t tell the reason it’s forbidden because it’s been like that from the other part we relocated from. It has been from generation to generation.

The Community Secretary, Sarki Tsugbaza, said the myth was an instruction handed down by the community’s forefathers, adding that it was a tradition to be respected generations to come.

“You can go to anywhere to buy and bring here to eat but you can’t fry it here in Chukuku,” he said.

He, However, revealed that it was a delicacy eaten and sold in the community but no one was permitted to fry the Akara in the area.

“We learned from our forefather that people are not allowed to fry Akara in this community, and we asked why, we were told it’s their forefathers’ instruction.

“They didn’t explain to us the reason, we also believe that since our forefathers said that they did not know the reason and it was an instruction handed over to them, so shall it be,” he said.

The scribe of the community explained that they all grew up with the consciousness that it was a tradition not to be broken, and so, no one knew the consequence for disobeying the taboo.

Tsugbaza added that there was no record of anyone found to have gone against the myth since the creation of the village.

A resident of the community, Mr Sila Deka, who said he had been resident in the community for over 10 years, confirmed that it was a taboo to fry Akara in Chukuku.

“I have been living here for over 10 years,  I also heard of it, and I have not seen any place where people fry Akara along the road in this community.

“You can fry from another community and bring to Chukuku and they will buy it but not allowed to be fried here,” he said.

Mrs Junmai Leda, who was born in the community, said that she was told by her grandparents that history had it that a woman, who used to fry Akara in the olden days in the community disappeared without trace.