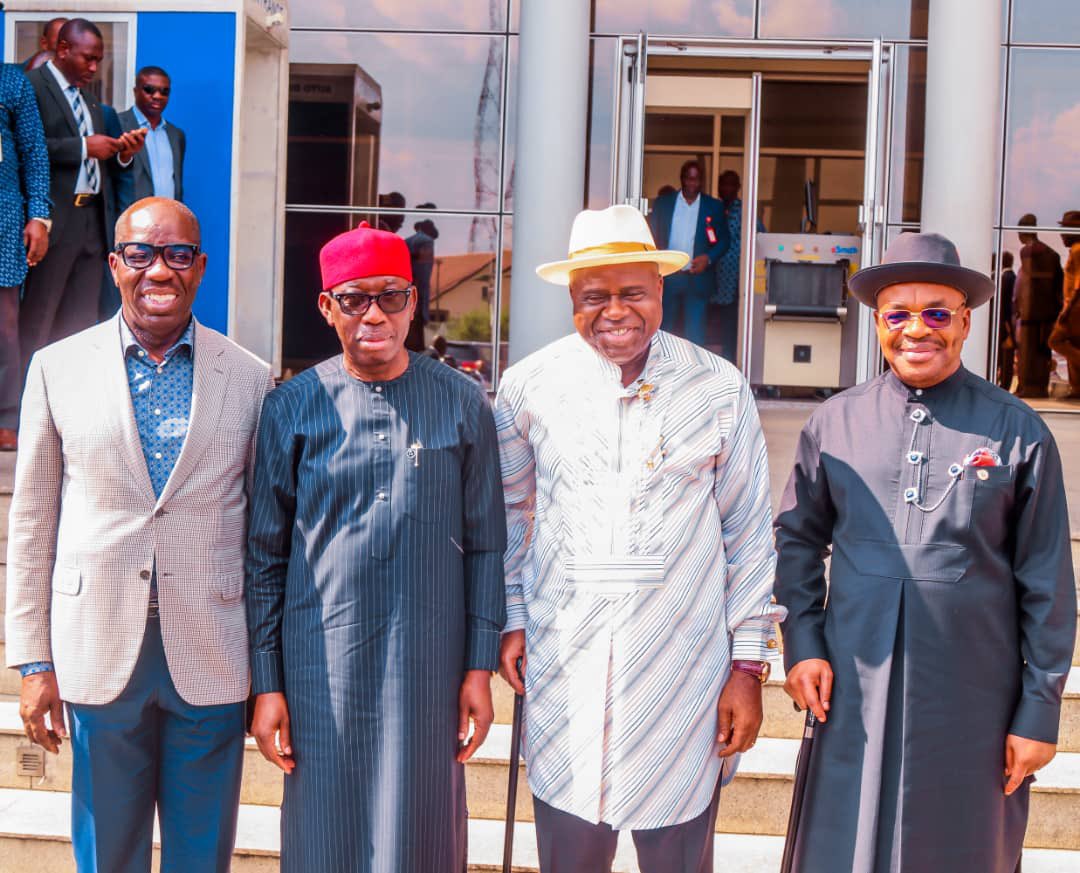 Four governors of the Peoples Democratic Government, PDP, met Wednesday in Baye;sa with a pledge to back fully the ticket of Atiku Abubakar and Ifeanyi Okowa.

Dr. Ifeanyi Arthur Okowa @IAOkowa tweeted:  “Make no mistake, the @OfficialPDPNig is one family. This is why I am optimistic that in the near future, we will reconcile and consolidate all our key leaders and stakeholders ahead of the 2023 General Election. #PowerToThePeople”

Rivers State Governor, Nyesom Wike, was absent at the meeting. Wike leads the G5 group of aggrieved PDP governors over the emergence of northerners as the PDP presidential candidate and the party’s national chairman (Iyorchia Ayu). They have repeatedly demanded the removal of Ayu for a southern replacement.

Addressing journalists after the meeting, Obaseki said the meeting was to support Atiku and Okowa ahead of the 2023 general elections.

“We have a PDP South-South Governors Forum and our vice presidential candidate, Dr Ifeanyi Okowa is our Chairman and we decided to host a meeting of the Forum in Bayelsa this evening to have an opportunity to come and visit our brother who has gone through so much in the flooding crisis we have here.

“It also afforded us an opportunity to discuss matters of mutual interest to us PDP governors ahead of the next presidential and national elections.

“We also want to use the opportunity to come and show support and also find out from our brother, the vice presidential candidate, Dr Ifeanyi Okowa on the goings on at the national level and to reiterate our total support for the candidacy of President Atiku Abubakar and to assure them that we are here.”