The World Trade Organization,WTO, has failed to select a caretaker chief due to an impasse among members who must still agree by November on a replacement for outgoing Director-General Roberto Azevedo, the Geneva-based body said on Friday.

The interim chief would normally have been one of the four deputy director-generals who are from China, Germany, Nigeria and the United States. The WTO said on Friday they would instead all stay on in their existing roles.

“The original effort was to try and designate an acting director-general among the four… That was not possible. We were not able to get a consensus on that,” WTO spokesman Keith Rockwell told a briefing.

“The current director-general Roberto Azevedo said it was disappointing,” he added.

The role would be largely administrative for a couple of months. However, one potential difficulty concerns the WTO’s role in settling disputes. If parties to a case cannot agree on the composition of a three-person adjudicating panel, as is often the case, the director-general can step in to select them. 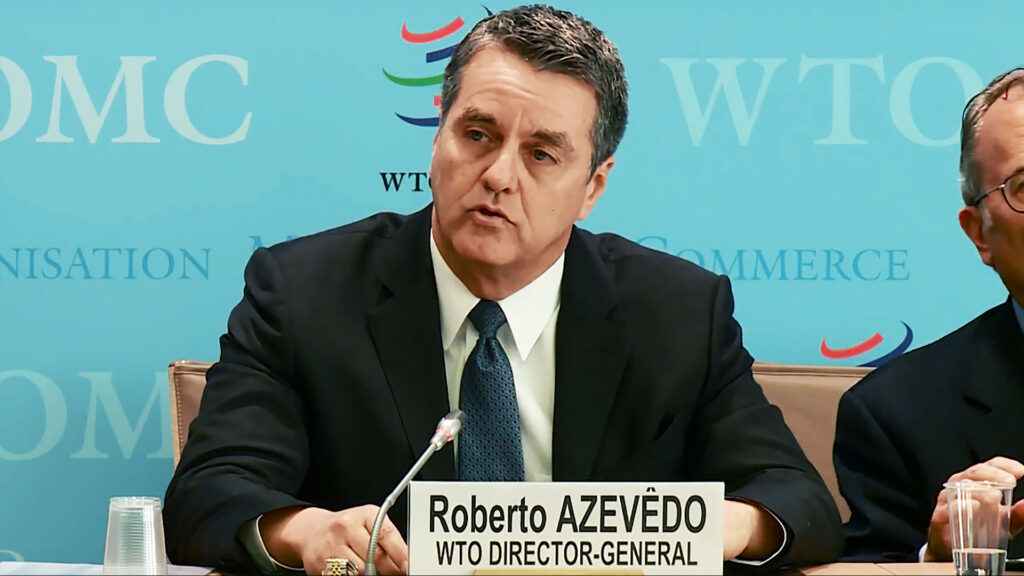 WTO members also agreed on Friday that they would select the future director-general by cutting the initial field of eight to five, then to two before a final decision is taken.

The WTO’s 164 members would be invited to select four preferred candidates in the first round running from Sept 7-16.

A “troika” of ambassadors which chairs the WTO’s main committees would determine which candidates have wide-ranging support across regions and from least developing to developed countries.

The new leader has to be chosen by November 7.