Zamfara: We’re afraid to come out and bury our dead – Residents 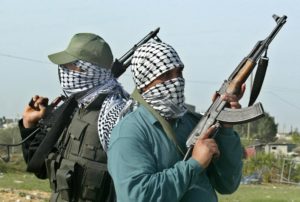 Nigeria’s north western state of Zamfara has large deposits of minerals including gold, while this was supposed to bring joy to the residents, it has become their source of pain.

The gold rush in Zamfara has attracted all manner of criminals and bandits into the state and systemically, they have plunged the entire state into one theatre of pain and anguish.

The bandits come to rustle cows, rob residents at gunpoint, kidnap innocent merchants and resident and skim them of ransom. They even visit markets with their guns strapped to their body or hanging loosely from their shoulders.

“They come here with impunity. They kill our people and disappear in motorbikes and cars. Now, we are even afraid to come out to bury our dead,” recounts Alhaji Isa Mohammed, an aggrieved resident who said he has lost many relations to the bandits.

The armed crooks Wednesday night struck again. It was as usual deadly. Local residents said as many as 60 people could have been killed in the attack spread in about a dozen villages. The trail of blood was much. Not even the police could give an accurate death toll. Initially, only nine corpses were recovered but residents said there were many more but they not go out to fetch the corpses for fear. They fear the bandits might attack them from where they were hiding.

The Wednesday attack prompted President Muhammadu Buhari not only to condemn the killing of “tens” of villagers but he also ordered security forces to hunt down the perpetrators. But the President statement has failed to inspire hope in the people. Some of the residents said they were tired of the president’s rhetoric. They said they cannot be consoled by presidential threats to deal with the bandits even when there is no evidence on ground to justify government commitment to ending the scourge of the bandits.

In a statement late Thursday, Buhari said “such wanton disregard for life will be brought to an end sooner than later.”

He ordered security forces to rid the region of “frequent and horrifying bandit activities.”

“The violence against poor villagers who are struggling with poverty and other severe economic challenges is not going to be tolerated by this administration,” he said.

“Let’s not give these criminals any opportunity to succeed by taking the war to their own camps and stop them in their tracks before they even have the time to respond under our massive fire power.”

Residents said motorcycle-riding gunmen stormed 13 villages in Magami district of Zamfara state on Wednesday, shooting residents, looting and burning homes. It’s a familiar scene and some residents said they have become accustomed to the sight of bandits riding through bush paths and on major roads.

“These are neighbouring villages and the bandits rode in motorcycles, shooting anyone at sight,” resident Halliru Bala told AFP.

“Most of those killed were volunteers who mobilised to help fend off the attacks,” he said.

“We buried nine people yesterday (Wednesday) here in Magami but we are still looking for 51 others,” he said.

“We believe they were killed and their bodies are lying in the villages which have been deserted following the attacks.”

Another resident, Babangida Ilu said villagers had fled the communities.

“We are still afraid to go into our villages to pick the dead because the bandits are still around nearby bushes and would attack whoever goes back,” he said.

“Only nine out of the 60 people we lost in the attacks were recovered and buried. The rest are still scattered in the villages. We are afraid to go there because of the bandits.”

Ilu said the gunmen looted food supplies and burnt homes during the attacks.

“The bandits went from village to village on a killing spree which made people to flee,” said Altine Musa, another resident.

Zamfara has been the hardest hit by bandits in the volatile northwest despite a government offer of amnesty in exchange for renouncing violence and surrendering their weapons.

Nigerian police said on Tuesday they had killed 30 gunmen after the criminals raided some villages and slaughtered 10 people in the state.

Criminal gangs have recently targeted schools and colleges for kidnapping attacks, hoping to get ransom payments out of the authorities.

On Tuesday, some students were seized from private Greenfield University in Kaduna state while a member of staff was killed, in the fifth such attack since December.

By Aliyu Momoh, with agency reports