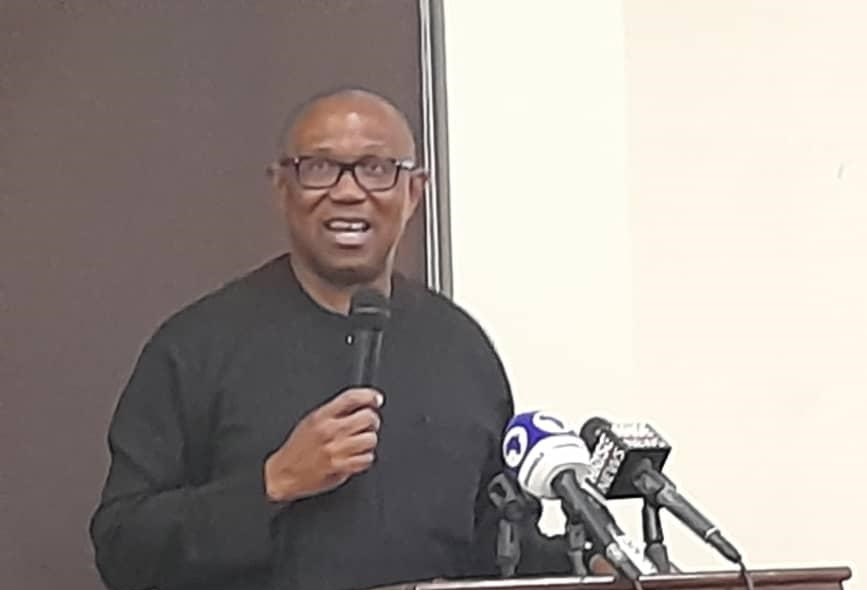 The Ohanaeze Ndigbo Worldwide has said that its support for the Presidential Candidate of the Labour Party, Mr Peter Obi, was based on its desire for equity, justice and fair play in the country.

The President General of the apex Igbo socio-cultural organisation, Amb. George Obiozor, said this in Umuahia on Tuesday.

Obiozor, represented by the Secretary General of the organisation, Amb. Okey Emuchay, spoke at the inauguration of the new officers of the Abia chapter of the body together with gala night and merit award.

He said that it was for the same reason and unity of the country that the group’s political action committee toured the five other geopolitical zones of the country seeking support for the emergence of the next Nigerian president of Igbo extraction.

He said, “Ohanaeze Ndigbo is not talking about Igbo president but a Nigerian president from South-East.”

He said that the organisation’s nationwide tour was to further demonstrate to the rest of the country that the 30-month civil war was over.

He said, “The war has since ended and for equity, justice and fairness, Nigeria should support a candidate from the South-East to become president.

“After the war, we have continued to thrive and engage other sections of the country in the most friendly manner.

“Our people can be found doing well in different parts of the country and beyond.

“In fact, if you travel to any village or city within and outside the country and did not see any Igboman in the place, do not unpack your luggage, simply leave the place.”

The Ohanaeze Ndigbo chieftain decried the renewed banditry and killings in some parts of the zone ahead of the 2023 polls.

He cited last week’s killings at Eha-Amufu in Enugu State and the return of insecurity in Imo and Anambra.

He alleged that the attacks were intended to demarket the zone politically, ahead of the elections.

He regretted  that in spite of the organisation’s robust engagements with the political parties, traditional rulers and other stakeholders, “the two big political parties overlooked the zone in the choice of their presidential candidates”.

Obiozor alleged that the South West was pacified in 1999, following the annulment of the 1993 presidential election, presumed to have been won by late Chief M.K.O Abiola, who died in detention.

“Nigeria took a decision in 1999 to present Chief Olu Falae and Chief Olusegun Obasanjo as presidential candidates and Obasanjo was chosen.

“Such a deliberate political arrangement could have been applied to the South-East in the run up to the 2023 poll to give the zone a sense of inclusiveness,” Obiozor said.

Earlier in an address, the new Abia President of the organisation, Okey Nwankwo, said that “the Igbo have all it takes to lead the nation”.

Nwankwo, who recalled that their inauguration was delayed for about one year, promised that his executive would take the organisation to greater height in the state.

He called on all Igbo sons and daughters to contribute their quota toward the overall development of the Igbo nation in terms of human and physical infrastructure.

Also, the Chairman of the event, retired Deputy Inspector-General of Police, Chief Azubuko Udah, urged the leadership of the organisation to properly organise the body and remain non-partisan to attract all the Igbo sons and daughters.

Udah also appealed to the group to support the efforts by the Old Boys Association of the National High School, Aba, to take back the school built by the defunct Igbo Union.

He regretted that the school, which had produced eminent Nigerians in different spheres of life, had become a shadow of itself.

He said that the association was determined to restore the lost glory of the school and stop the alleged balkanisation of its land by land grabbers.

Merit awards were presented on the occasion to eminent sons and daughters of the five states of the South-East, plus two South-South states.

Posthumous  awards were also given to late Deputy Gov. Chima Nwafor and late Sen. Uche Chukwumerije, who represented Abia North between 2003 and 2015. (NAN)