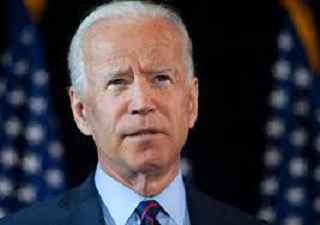 AT&T and Verizon Communications on Tuesday agreed to temporarily defer turning on some wireless towers near key airports to avert a significant disruption to U.S. flights as they roll out 5G service that will bring faster wireless service to tens of millions of people.

President Joe Biden hailed the agreement, saying it “will avoid potentially devastating disruptions to passenger travel, cargo operations, and our economic recovery, while allowing more than 90% of wireless tower deployment to occur as scheduled.”

Late Tuesday, the Federal Aviation Administration updated its list of airports that planes with approved radio altimeter equipment could use to include major airports like New York’s JFK and LaGuardia, Los Angeles, Chicago’s O’Hare and Midway, San Francisco and Seattle.

The FAA was also expected to update its list of Airbus and Boeing planes with the approved equipment in the coming hours. The updates should dramatically lessen the impact of the nearly 1,500 notices of 5G restrictions that the FAA had issued.

Airlines and the FAA warned that new restrictions as a result of 5G service, which Verizon and AT&T are to launch on Wednesday, would still prompt some flight disruptions. Delta Air Lines said while the wireless moves were a positive development, “some flight restrictions may remain.”

United Airlines told customers on a flight from Denver to Houston that a three-hour delay was a result of the new 5G systems, according to a notice on its website. It also suggested customers with any concerns reach out to the Federal Communications Commission.

The FAA has warned that 5G wireless interference could affect sensitive airplane instruments such as radio altimeters and significantly hamper low-visibility operations.

The FAA said it anticipated “there will be some impacts due to the limitations of some radio altimeters.”

Verizon will temporarily not turn on about 500 towers near airports, sources told Reuters, or less than 10% of their planned deployment, while the carriers and the administration work on a permanent solution, sources briefed on the matter said. Details of the agreement, including the length of the pause, were not disclosed.

Both Verizon and AT&T will launch 5G elsewhere in the country.

Federal Communications Commission Chair Jessica Rosenworcel said in a statement that the FAA “has a process in place to assess altimeter performance in the 5G environment and resolve any remaining concerns. It is essential that the FAA now complete this process with

Airlines for America, a passenger and cargo trade group, said the “pause provides the opportunity to ensure all stakeholders, consumers and the U.S. economy are served in the long run.”

Nearly all but a handful of the impacted sites are Verizon towers, officials said.

Still the FAA and airlines must grapple with how to resolve the concerns permanently — especially since AT&T and Verizon earlier agreed to take some measures to reduce interference for six months.

Despite the agreement, major foreign carriers including Air India and Japan’s biggest airline, ANA Holdings (9202.T), said they had canceled some U.S.-bound flights because of possible 5G interference.

ANA said on its website it had canceled some Boeing 777 flights after Boeing “announced flight restrictions on all airlines operating the Boeing 777 aircraft.” Boeing did not immediately comment.

Airlines are likely to cancel some additional flights in the coming hours as they wait for formal guidance from the FAA on the announcements from Verizon and AT&T. They warned Monday of “catastrophic” impacts. Airlines had raised concerns that the issue could prevent them from flying Boeing 777s and other widebody jets to many key airports.

The chief executives of major U.S. passenger and cargo carriers on Monday said the new 5G service could render a significant number of widebody aircraft unusable, “could potentially strand tens of thousands of Americans overseas” and cause chaos for U.S. flights.

The airlines asked “that 5G be implemented everywhere in the country except within the approximate 2 miles (3.2 km) of airport runways” at some key airports.

Verizon’s rollout plan is much more aggressive than AT&T’s. It is significantly impacted by the Biden administration request to delay using some towers near airport runways.