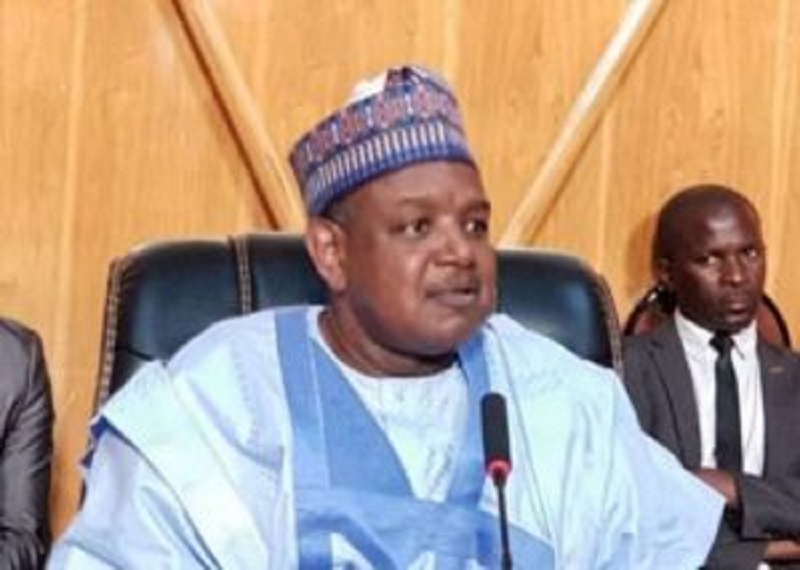 Gov. Atiku Bagudu of Kebbi has condoled with communities in Danko/Wasagu LGA over the recent bandits’ attacks that left 13 people, including two soldiers and a policeman dead.

While addressing the Internally Displaced Persons (IDPs) at the Nizzamiya Primary School in the area, Bagudu said he was in the area to condole with the people on behalf of the government and pray for the repose of the souls of the deceased.

He prayed the Almighty Allah to grant the families of the deceased persons the fortitude to bear the irreparable losses.

“As Muslims and Christians, death is inevitable, but we must mourn the deceased persons as mere mortals.

“Efforts are on top gear by the state government and security agencies to restore normalcy to the affected areas.

“This is to enable the victims return to their towns and villages to restart their usual socio -economic activities,” Bagudu added.

He also acknowledged the tireless efforts of the security agencies, traditional and religious leaders, as well as vigilantes in restoring the peace in the area.

Bahudu averred that the state government was routinely providing vehicles and other logistics to the security agencies, to bolster their operations.

“We will not rest on our oars until peace is restored and everybody returns home .

“These security challenges are spillovers from the neighbouring Zamfara and we are partnering to redress the obnoxious trends,” he said.

Bagudu assured them that everything would be done to ensure their return to their base as soon as possible .

He, however, warned against the dissemination of fake news and other destructive social media postings which would further heighten public tension .

The governor also assured them that patrols would be sustained round the clock to facilitate the return of normalcy while relief was underway.

He urged the communities to cooperate with security agencies and furnish them with intelligence report.

The Chief of Wasagu Chiefdom , Alhaji Muktar Muhammad, lauded the governor for the invaluable visit.

“In 2015, only Bena district was affected by banditry but the situation has now spilled to three districts in the area with abduction of three village heads as the bandits infiltrate from the neighboring Zamfara ,” he said.

Muhammad appealed for deployment of more security agents to the affected communities. (NAN)