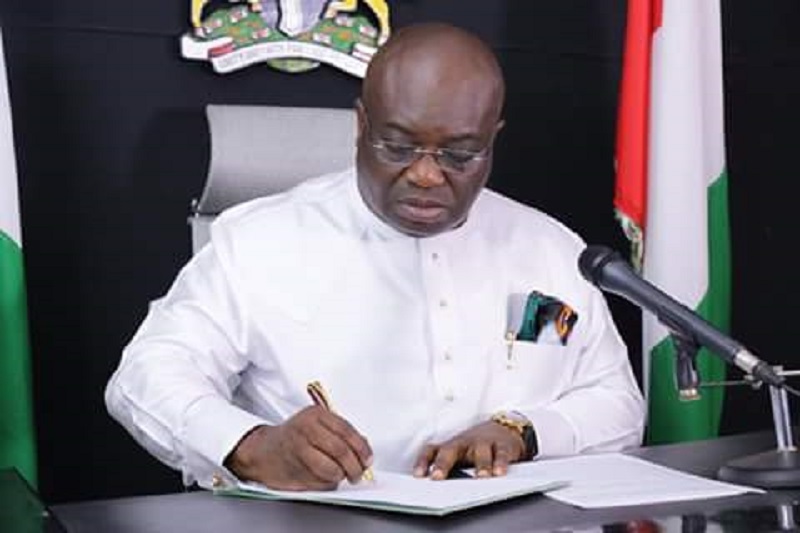 The APGA chieftain further expressed disappointment that rather than comply with the Assembly’s resolutions, Gov. Ikpeazu also launched a verbal attack on the Assemblyman.

The Abia chapter of the All Progressives Grand Alliance (APGA) says it will resist any attempt by the ruling Peoples Democratic Party to stifle constructive criticism by the opposition.

The state Chairman of the party, Rev. Augustine Ehiemere, said this on Friday in Umuahia, while reacting to the verbal attacks on the APGA lawmaker in the state House of Assembly, Mr Obinna Ichita.

Ichita, representing Aba South constituency, had received attacks by the state government for moving two motions on the floor of the Assembly on June 28, and July 14, respectively.

In the motions, he expressed concern about the unhealthy sanitary condition of the constituency and dilapidated state of the roads in the area.

He blamed the poor environmental sanitation on the alleged failure by the Abia State Environmental Protection Agency (ASEPA) to effectively discharge its mandate of refuse collection and disposal.

He also charged the state government to urgently address the poor road infrastructure in the commercial town to enhance trade and commerce in the city.

Ehiemere said it was gratifying that the house granted the three prayers contained in the motions.

According to him, the house mandated ASEPA to evacuate the mounting heaps of refuse on Port Harcourt Road/Asa Road and Port Harcourt/Crystal Park.

“It also granted the motion urging the state government to urgently intervene in the repairs of the deplorable roads in the constituency.

Ehiemere, however, regretted that the motion generated “many unwarranted, unreasonable and uncomplimentary attacks on Ichita by the government and its agents”.

He said the attacks “attempted to malign the reputation of the lawmaker based on the motions”.

He described Ogu’s position that the legislator ought to have consulted him before moving the motion as “very alien to democratic tenets and relevant laws governing legislative assignments”.

The APGA chieftain further expressed disappointment that rather than comply with the Assembly’s resolutions, Gov. Ikpeazu also launched a verbal attack on the Assemblyman.

Ikpeazu had lampooned Ichita for under-performing, saying he had yet to sponsor any other motion in the house, except the current vexatious ones on refuse and roads in Aba.

Ehiemere, who was flanked at the news briefing by other members of the State Working Committee of APGA, said the party would never succumb to intimidation and harassment.

“We shall resist every attempt to stifle or emasculate progressives with alternative views as far as governance in Abia is concerned.

“We will also resist every attempt by PDP-government to harass, intimidate and threaten the APGA lawmaker for performing his legislative role,” he said.

The party decried the “dictatorial tendency of bullying against the lawmaker for discharging his constitutional mandate”.

It described the development as “undemocratic and should be condemned by all lovers of democracy and freedom of speech”.

It further charged the government to deploy the over N27 billion African Development Bank’s facility to the reconstruction of Port Harcourt Road, Aba, without further delay.

The state government had at different fora in 2020 acknowledged the receipt of the loan to address the poor road infrastructure and drainage system in Aba.

APGA urged the government to give priority attention to the Port Harcout Road because of its strategic economic importance to Aba and stop playing politics with it.

It said that aside from leading to the lawmaker’s house, the road provided alternative route to Rivers, Bayelsa and Delta and also housed many public schools and industrial clusters.

Ehiemere also spoke on the prospects of the party in the Nov. 6, governorship poll in Anambra, saying that APGA remained the party to beat in the contest.

He also said that 2023 was the party’s divine period to take over Abia, adding that “APGA is on a journey, we are intact and prepared to liberate Abia.” (NAN)