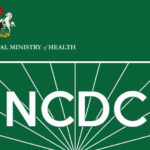 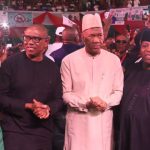 Former President, Chief Olusegun Obasanjo, likes to throw punches. He delights in criticizing Nigerian heads of government. He did it to General Ibrahim Babangida when the latter was playing ping-pong with the Nigerian state, using his interminable and highly deceptive transition programme. In the dying days of Umaru Yar’Adua, a man he mindlessly imposed on the nation as president, he popped up to berate the Yar’Adua family and his close aides for not telling Nigerians the truth about the state of health of the now deceased Yar’Adua. He was quick to wash his hands off the mess which the Yar’Adua regime represented in the leadership chronicle of the nation. To prove his innocence, he went as far as telling a bewildered nation that he sighted the medical record of Yar’Adua before he single-mindedly made him his successor. He was also behind the appointment of incumbent President, Goodluck Jonathan, as Yar’Adua’s running mate against Peter Odili, who was highly favoured for the position after his sterling presidential campaign was punctured by none else but Obasanjo himself.

Therefore, in a sense, President Goodluck Jonathan is a product of Obasanjo’s deviant single-mindedness. Nobody but Obasanjo knew why he gave Yar’Adua and Jonathan to Nigerians. He is the only one that sees better, thinks smarter and knows all things far beyond the ken of ordinary mortals. Now, the same Obasanjo who chose Jonathan over others has turned round to hate the man he so lavished with love only yesterday. In picking Jonathan, he had told those who dared to query him that other candidates, save Jonathan, were a platoon of thieving politicians. They were crooks who must never come near the national till.

But between 2006 and now, a lot has changed, maybe not with Jonathan but in the mind of Obasanjo. The same man who presented Jonathan to the PDP faithful and to Nigerians as a saint fresh from the creeks of Bayelsa is painting him black and putrid. Obasanjo says Jonathan is corrupt, very corrupt. He tells Nigerians that Jonathan is running the most corrupt government; that the same man he told us would fix Nigeria together with Yar’Adua is nothing but a lazy bone who can’t even fix little things like roads.

Let’s indulge our ears with the Ota farmer’s jabs: “Management of democracy without resorting to brute force and dictatorial tendencies must be cultivated. As a leader, you must not deliberately do evil or condone evil. You should know that you will one day give account to God, you may cover up here, but before God, there is no cover up.”

On corruption, Obasanjo said, “when the head is rotten, the whole body is useless”. He even said the economy is in reverse. Anybody reading him or listening to the ex-president would think, this is a different Obasanjo from another planet. But he is not. He is the same Obasanjo who bombed Odi and Zaki Ibiam and brought both communities including their inhabitants to soggy ruins; the same Obasanjo who rapaciously and ceaselessly violated the legislature; who vicariously okayed, supported and manipulated the impeachment of ‘stubborn’ governors by minority elements in state assemblies; the same who made bribery of the legislature a state policy. Can this Obasanjo really talk about corruption? Can he in all honesty tag another leader a dictator? Perhaps, he thinks Nigerians have a short memory or no memory at all. Please, can somebody shove this Ota farmer aside and remind him that Nigerians have not forgotten how he and his then deputy, Atiku Abubakar, danced naked in the marketplace, regaling us with sordid stories of how they ravaged Petroleum Technology Development Fund (PTDF) treasury; how they turned public fund into personal perks.

So, Obasanjo is neither corrupt nor a tyrant? Gosh! Somebody must be mocking logic here. Did Obasanjo ever consider accounting to God and to man when he took the nation on a merry-go-round of financial recklessness spending a mind-blowing $16 billion to generate darkness in lieu of electricity? Did he ever think of God when he left the roads undone? When he withheld Lagos State funds in spite of the Supreme Court ruling, was he an apostle of democracy or purveyor of dictatorship?

Obasanjo cannot label any leader corrupt when as president, some of his aides turned dollar to sachets of pure water and were caught severally with wads of dollars stacked inside aircraft and all he could do was look the other way.

Can this same Obasanjo say confidently that he grew the Nigerian economy in his time? Come on, Chief, you did not grow any economy. Instead, you grew corruption, enhanced poverty and plundered the treasury. You thought well to have established the EFCC and ICPC but I dare say that both anti-graft institutions were themselves the real agents and promoters of corruption. If as an anti-corruption agency you heckle one governor to the grave or to prison because he is an enemy of President Obasanjo but you leave out the other thieving governor because he is a friend of the president, you are by such action a corrupt and corrupting agency.

Obasanjo should credit Nigerians with some intelligence. They can tell a dictator when they see one; they know under whose tenure as president they spent the nights on highways because the roads were in terrible shape; they know the Nigerian president who moved raw cash into the legislature just to have a senate president impeached.

Some things don’t just add up. Things like an Obasanjo calling a Jonathan a corrupt dictator don’t jell with logic. It is sheer nonsense and the ex-president should be so told.