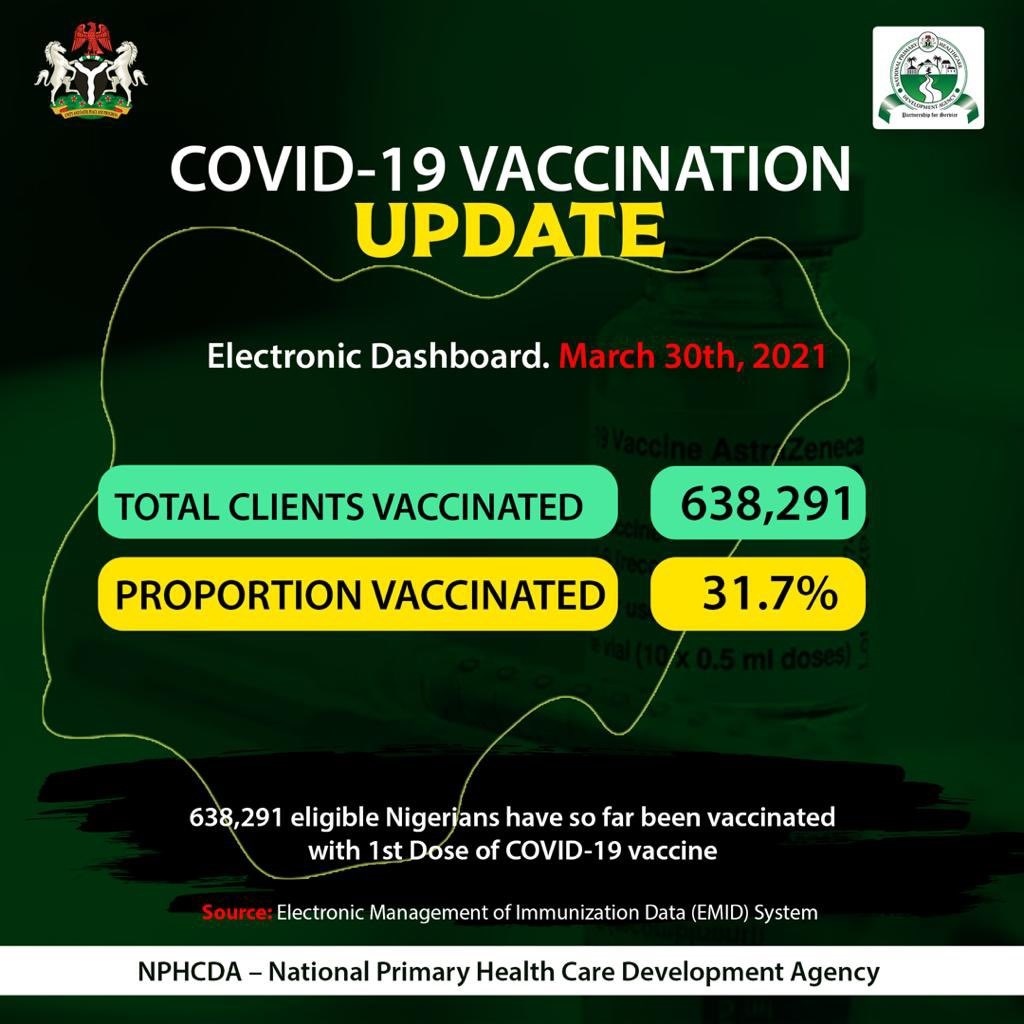 The National Primary Health Care Development Agency (NPHCDA) said on Tuesday, a total of 638,291 eligible people have taken their first dose of the Oxford-AstraZeneca COVID-19 vaccine in Nigeria.

In its latest update, the NPHCDA noted that more people have continued to receive the vaccine jabs across all states of the country and the Federal Capital Territory (FCT), except in Kogi State where authorities have yet to commence vaccination.

The latest figure indicates that 124,665 more eligible people took the vaccine jabs in the last two days, following the 513,626 total figure that was reported on Sunday.

It also shows an increase of 6.2 per cent of the proportion vaccinated, compared with the 2.5 per cent earlier reported.

A further breakdown of the figure reveals that Lagos has the highest number of eligible people who have taken the vaccine jabs with a total of 122,714.

The south-west state, which is described as the epicentre of the pandemic in Nigeria, maintains its status as the only state to have surpassed the 100,000 mark.

Coming after Lagos as states with the highest number of people that have received the vaccine are Ogun, Kaduna, and Katsina States where 50,052; 43,601; and 36,075 eligible people have been vaccinated, respectively. 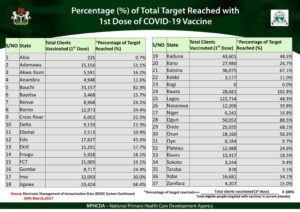 According to the NPHCDA, the figures were compiled from the system dashboard of the Electronic Management of Immunisation Data (EMID).

This comes four weeks after Nigeria received its first shipment of 3,924,000 doses of the vaccines from India.

The country commenced the vaccination exercise with the vaccination of four frontline healthcare workers in Abuja on March 5 – three days after the vaccines arrived at the Nnamdi Azikiwe International Airport in Abuja, the nation’s capital.