Gov. Umahi expresses sadness over killing of at Least 15 persons by suspected herdsmen in Ebonyi 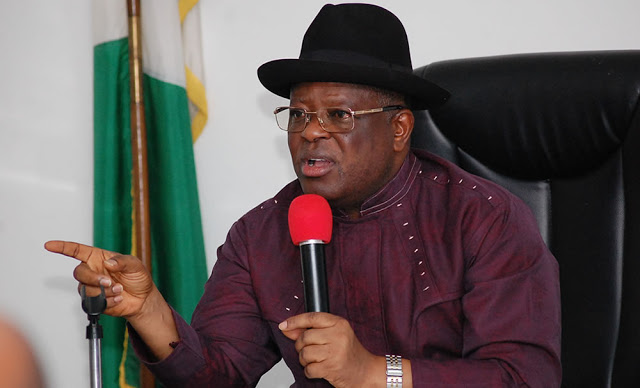 Gov. Umahi expresses sadness over killing of at Least 15 persons by suspected herdsmen in Ebonyi

Governor David Umahi of Ebonyi has expressing sadness over the killing of at least fifteen persons on Monday evening when suspected herdsmen attacked four villages in the state.

Umahi who visited the affected communities on Tuesday, condemned the attack by the suspected AK-47 wielding gunmen.

“Good enough, we have some traces of the sponsors; we have the traces of those who came here,” the governor added. “I will not disclose it, but I am going to escalate the identities of the people to the highest authorities and we wait to see what they will do.”

He assured the people that the government will do all within its powers to bring the perpetrators to justice. He also called on security operatives to help in fishing out those behind the heinous crime.

According o Channels Television report, eyewitnesses say the gunmen were shooting sporadically, killing the victims in different areas of the communities. They equally set ablaze motorcycles belonging to residents of the affected communities.

According to them, the communities have been living peacefully with herders, saying the attack came to them as a surprise.

“There has not been a situation whereby we got into a quagmire with them,” one of them added. “We have been living peacefully. Suddenly, we wake up with corpses as gifts.”