The National Primary Healthcare Development Agency (NPHCDA) has attributed the outbreak Circulating Mutant Poliovirus Type 2 (cMPV2) across 27 states and the Federal Capital Territory (FCT) to low routine immunisation coverage and the suspension of several polio campaigns at the heat of the COVID-19 pandemic.

NPHCDA Executive Director, Dr. Faisal Shuaib, disclosed this in a statement, while noting that this resulted in the immunity gaps in children.

Confirming 395 new cases of the Polio variant, Dr. Faisal stated that the it was different from the wild poliovirus, which the World Health Organisation gave its Polio Free Certification to Nigeria in 2020. 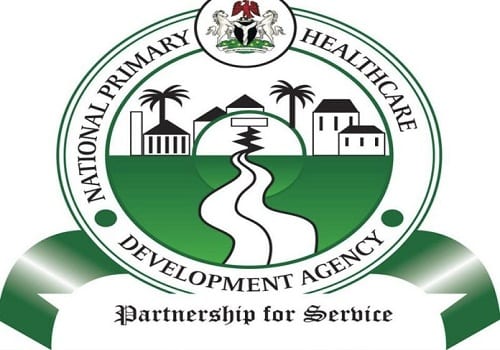 “Nigeria and the African region were certified Wild Polio Virus (WPV) free in 2020, following a rigorous verification and certification process by the African Regional Commission for the Certification of Poliomyelitis Eradication (ARCC) which spanned three years of no detection of WPV. Till date, there has been no case of WPV anywhere in the country,” he added.

The NPHCDA’s statement reads in full:

The attention of NPHCDA and Development Partners has been drawn to reports in some sections of the media claiming that there is an outbreak of a new polio virus in some states.

For the avoidance of doubt, no case of Wild Polio Virus (WPV) has been reported anywhere in the country since the last case in 2016. We currently have 395 cases of Circulating Mutant Poliovirus Type 2 (cMPV2) across 27 states and the FCT.

Nigeria and the African region were certified Wild Polio Virus (WPV) free in 2020, following a rigorous verification and certification process by the African Regional Commission for the Certification of Poliomyelitis Eradication (ARCC) which spanned three years of no detection of WPV. Till date, there has been no case of WPV anywhere in the country.

The suspension of several polio campaigns and other health programmes in 2020, as well as disruptions to routine immunization because of the COVID-19 pandemic, created further immunity gaps which led to new and wider outbreaks, and further increased transmission of the circulating mutant poliovirus both globally and within Nigeria.

The viruses thrive in areas with poor sanitation, open defecation, and inadequate access to clean drinking water. These have allowed the virus to be easily transmitted from one person to another through contaminated water and poor sewage disposal.

Malnutrition occasioned by increasing poverty is also a predisposing factor in exposed children. These non-wild polio viruses which originated because of normal changes in the reproduction of viruses in the environment are not as virulent as WPV and are also being reported in many other countries.

Working with our Donors and Development Partners, Nigeria has already acquired new tools and resources to ensure the outbreaks are contained through very robust outbreak responses using the novel Oral Polio Vaccine (nOPV2) which has been shown to be effective in halting the spread of the cMPV2.

All 36 States and FCT have completed at least one nOPV2 Outbreak Response (OBR). Several other rounds of the OBR as well as other campaigns to improve the mucosal immunity of children aged o-5 years old using Injectable Polio Vaccine (IPV) have also been planned for this year.

Efforts are also being ramped up to increase routine immunization coverage beyond pre-COVID values.

NPHCDA assures Nigerians that the Agency and Partners will continue to conduct surveillance and vaccination campaigns to prevent and contain any possible importation of the Wild Polio Virus into the country.

We use this opportunity to reiterate the importance of parents and caregivers bringing their children for routine immunization against vaccine preventable diseases.

3 teenagers in court for allegedly gang ...