Banks in Benin, Edo on Monday shut down operations over the inability of their staff to access their duty posts.

EndSARS protesters had as at 6:00 a.m. blocked major roads within the Benin metropolis, preventing vehicular movement. 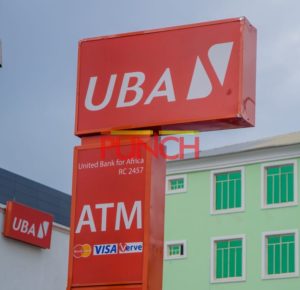 Security men at the various banks visited along the Ugbowo and Uselu market axis of the State told NAN that they had to shut down due to the absence of their staff.

A bank customer, Miss Tina Jeremie, who spoke with our reporter, expressed displeasure over her inability to withdraw money from the bank.

“I had to trek from Isihor to Ugbowo over 30 minutes to withdraw money from UBA at UBTH, but the bank was shut.

“This is pathetic because I need to withdraw money to get some medications and also help a friend in need,” she said.

Jeremie advised the protesters not to lose focus of the protest and to desist from acts that could cause more hardship for the masses.

“I am in support of the protest but it should not lose its focus.

“I see youths burning tyres on the road; this is bad because it can spoil the road and cause air pollution,” she said.

While Automated Teller Machine (ATM) booths outside the banking premises were functional but most businesses along major roads were closed.

Some school children were also seen trekking back home at about 9:30 a.m. due to the shutdown of schools.

Similarly, motorists were unable to go about their commercial activities as their routes were barricaded by protesters.

The roadblocks by the protesters also forced residents to embark on long treks to get to their various destinations.

The government will not watch while the ...