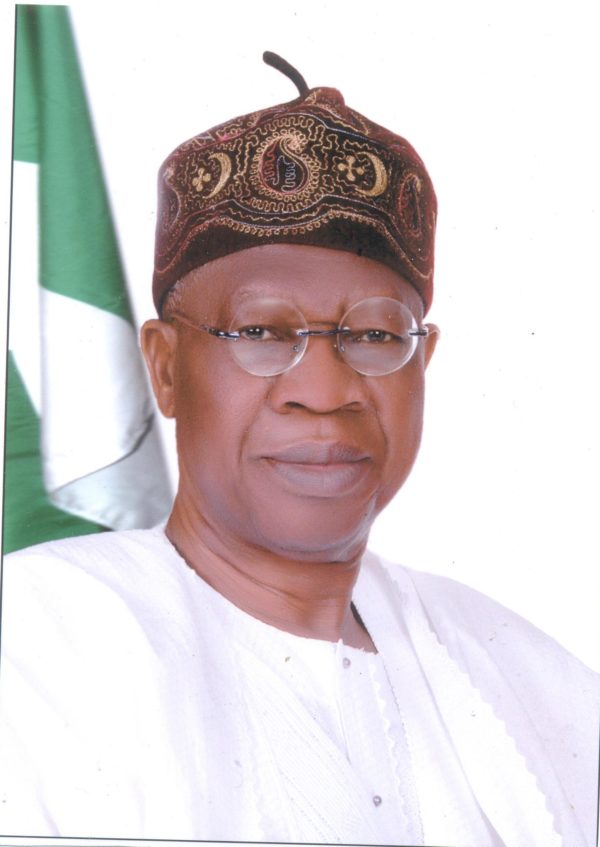 The Federal Government says 11 out of 28 states have submitted their final reports of Judicial Panel of Inquiry set up to investigate cases of brutality and human rights violations perpetrated by operatives of the Nigerian Police Force and the dissolved Special Anti-Robbery Squad (SARS).

The Minister of Information and Culture, Alhaji Lai Mohammed disclosed this on Wednesday in Abuja at a media briefing on the first anniversary of the #ENDSARS protest and the purported Lekki Toll Gate massacre.

The panel was also set up as a response to one of the demands of youth during the #ENDSARS protests, which is investigating cases of police brutality and providing restitution to the victims.

“Note that 28 States and the Federal Capital Territory (FCT) under the auspices of the National Human Rights Commission had set up Judicial Panels/Commissions of Inquiry to investigate allegations of violations of human rights levied against members of the Nigeria Police Force and other security agencies, especially members of the disbanded SARS”.

The judicial panels set up by the states were to make inquiry into allegations of human rights violations against members of Nigeria Police Force and other Security Agencies.

The minister said while the Governors of other states had indicated that their reports would be submitted soon, modalities had been established for the settlement of all monetary compensations awarded by the panels.

“Already, as resolved by NEC, a number of states have set up Victims Compensation Funds, from which several victims have already received payments of sums awarded to them by the panels.

“Council directed State Governors to immediately forward copies of final reports of the panels to their Attorneys-General for prompt arraignment and prosecution of all indicted persons.

“Where incidents in the reports relate to matters of discipline, in addition to prosecution,

“NEC urged the Nigeria Police Force to take disciplinary action on the affected officers in line with the provisions of the Police Act 2020,” he said.

He said the step would ensure that the personnel are psychologically fit to carry live weapons and to identify behavioural tendencies that may require psycho-social interventions.

The minister said NEC recommended sustained improved funding and budgetary allocation to the Nigeria Police Force and other securities agencies,

He added that the Council also recommended lifting of the ban on recruitment of police officers, and urged the Federal Government to give priority to the general welfare of police officers and personnel of other security agencies.

Mohammed said NEC also recommended the the Police and other security agencies should deploy cutting-edge technology in the fight against crimes.

“Of course, NEC also issued an advisory on public protests to mark the first anniversary of the #ENDSARS protest”.

“While appreciating the role of lawful peaceful protests in the advancement of public discourse under democratic governance, the NEC strongly advised those planning public protests across the country to mark the #ENDSARS’ anniversary to consider other lawful alternative means of engagement, especially because of the current security situation across the country and the possibility of such protests being hijacked by armed hoodlums and other opportunistic criminals to cause mayhem”.