FG to return National Stadium to its original design, prepares for concessioning

The Minister of Youths and Sports Development, Sunday Dare, says the Federal Government plans to return the national stadium in Surulere, Lagos State to its original blueprint.

“We intend to return the National Stadium, Surulere to its original blueprint. We intend to make sure that every illegal structure that has been put in place that is not part of the blueprint will be removed,” he said.

Dare noted that the move is necessary in order to create room for individuals interested in concessioning the stadium.

He explained that the Ministry has approached billionaire businessman and philanthropist, Kessington Adebutu, who has agreed to fix some key facilities in the stadium pending when the concession process is being completed. 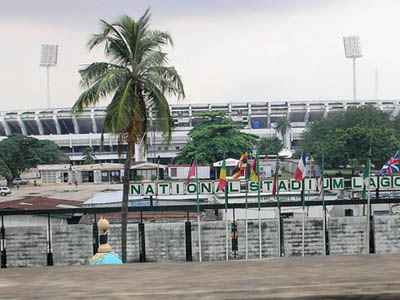 “We are also looking at Adopting a Sports Centre and a Pitch. We have approached Chief Kessington Adebutu who has agreed to make available half a billion naira to start fixing some of the key facilities in the stadium.

“I think that will help because that can open a slight window to make some of the facilities in Surulere to be functional,” he said.