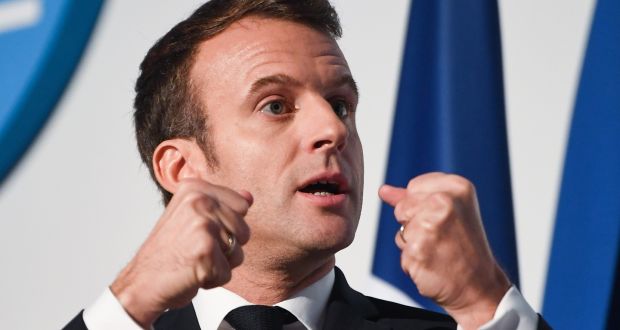 “We will do everything we can to support the families of the victims and to respond to the attack that cost the lives of six of our compatriots and two Nigeriens. These six young people, who were members of the NGO ‘ACTED’, showed extraordinary commitment to the local population,” Macron tweeted.

“I have decided to step up security measures for our citizens in the region. We will continue in our action to eradicate the terrorist groups, with the increased support of our partners.”

Niger’s government has extended a state of emergency to the entire region that surrounds the capital Niamey and suspended access to a giraffe reserve where six French aid workers and two Nigeriens were shot dead.

Attackers on motorbikes ambushed the group on Sunday while they were driving through the reserve, a popular destination for expatriates southeast of Niamey in the Tillabery region.

French President Emmanuel Macron tweeted on Tuesday that France would bolster security measures to protect its nationals in West Africa’s Sahel region, without providing any details.

France has 5,100 troops deployed in the arid region south of the Sahara desert, but violence by jihadists linked to Islamic State and al Qaeda continues to rise.

A state of emergency had already been in place in parts of Tillabery to the north and west of Niamey, near the borders with Mali and Burkina Faso.

An affiliate of Islamic State has repeatedly carried out attacks in that zone, including one that killed four U.S. soldiers in 2017.

Niger’s national security council announced late on Monday that it was extending the state of emergency to all of Tillabery, which extends more than 350 km (217 miles) south from the Malian border to the frontier with Benin.

The state of emergency empowers the government to impose security restrictions such as curfews and bans on the circulation of motorcycles, the jihadists’ most common means of transport.

Niamey, which lies roughly in the middle of Tillabery, is an autonomous region and is not affected by the state of emergency.

The national security council also suspended access to the Koure reserve, home to West Africa’s last sizeable population of giraffes in the wild, while an investigation proceeds.

No one has yet claimed responsibility for the attack. France’s anti-terrorism prosecutor has also launched an investigation.

French charity ACTED, which employed the aid workers, said on Tuesday it had temporarily suspended its activities in Niger.