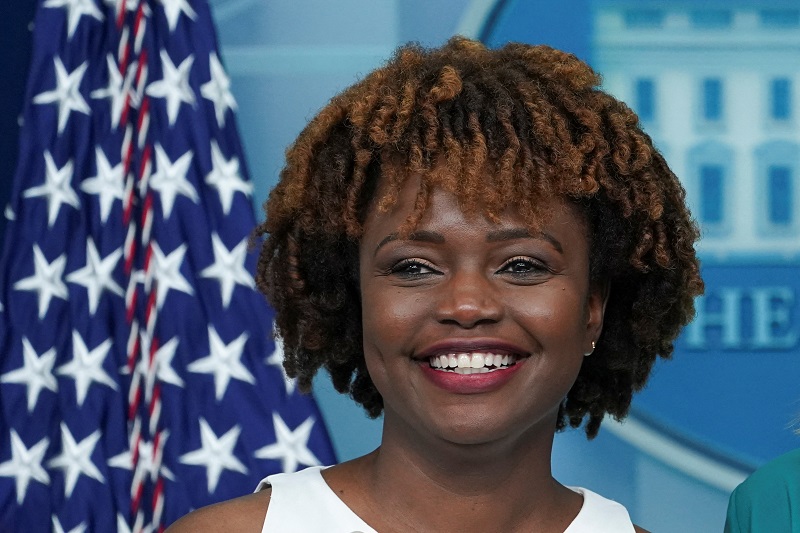 Karine Jean-Pierre on Monday assumed duty as the new White House press secretary, acknowledging the historic nature of her role and pledging to maintain a transparent dialogue.

Jean-Pierre, 44-year-old daughter of Haitian immigrants, made history as the first black woman as she took over from Jen Psaki.

Her father worked as a New York City taxi driver.

“I am obviously acutely aware that my presence at this podium represents a few firsts,” Jean-Pierre said at press briefing.

“I am a Black, immigrant woman, the first of all three of those to hold this position. I would not be here today if it were not for generations of barrier-breaking people before me. I stand on their shoulders.”

Jean-Pierre vowed to “work every day to continue to ensure meeting the president’s high expectation of truth, honesty and transparency.”

“I also have tremendous respect for the work that you all do, which I know it’s not easy,” she said.

“The press plays a vital role in our democracy. And we need a strong and independent press now more than ever.”

Jean-Pierre’s first briefing was filled with questions about the aftermath of a mass shooting at a Buffalo, New York grocery store; concerns about shortages of baby formula and the Russian invasion of Ukraine.

She would also play a critical role as the face of the White House’s messaging in the months leading up to November’s midterm elections.

Prior to her role on the campaign, she served as Chief Public Affairs Officer for MoveOn.org and an NBC and MSNBC Political Analyst.

Jean-Pierre served as Regional Political Director for the White House Office of Political Affairs during the Obama-Biden administration and as Deputy Battleground States Director for President Obama’s 2012 re-election campaign.

Previously, she worked at the Centre for Community and Corporate Ethics, pushing major companies to change their business practices, and is a published author.

Born in Martinique and raised in New York, Jean-Pierre is a graduate of Columbia University. (NAN)