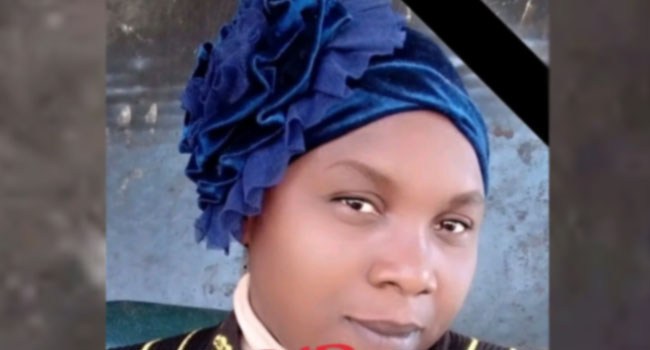 This is even as Mr. Peter Obi, presidential candidate of the party, has expressed shock over the death of Mrs. Chintex.

She was assassinated by gunmen who invaded her residence on Monday. The murderers also shot her husband who is being treated in a hospital.

While reacting to the incident, Obi said: “I am shocked by the mindless killing of Mrs. Victoria Chintex, the Labour Party’s women leader in Kaura, Kaduna State, by yet-to-be-identified gunmen. Her death is a huge loss to her immediate and extended family, and to our Labour Party. She lives on in our hearts,” he tweeted on Tuesday, hours after the news broke.

“Her killing, and the loss of many innocent lives across the nation to gunmen and terrorists, are the reason why I must prioritize the war against insecurity as my first task in the office. We must not allow the waste of human lives in Nigeria under any guise.

“May the soul of the Late Mrs Victoria Chintex rest in perfect peace! My sincere condolence to her family.”

Sources said she was killed on Monday night by unknown gunmen who invaded her residence at about 8 pm and shot at her. The killers were said to have shot the victim several times in her leg and spinal cord resulting in her instant death.

The gunmen were said to have rejected money offered by the husband of the victim in lieu of her life.

The victim’s husband was also said to have been shot and was rushed to the hospital.

Chairman of the party in Kaduna, Peter Hassan, described the deceased as a very hard-working and very ‘Obidient’ women leader of the party in the Kaura Local Government Area.