Commentaries
Home›Commentaries›Lagos to Delta by Road: Witness to Police Extortion

Lagos to Delta by Road: Witness to Police Extortion 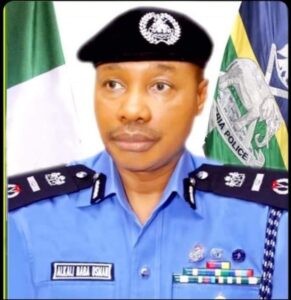 Exactly a week today, I attempted what used to be fun to me: drive from Lagos to Delta. For over two years, I had taken leave of this once-thrilling adventure. The gory tales of kidnappers lurking by the highway, the extortion by the police and its concomitant emotional torture had restrained me from the pleasure of a usually rewarding road trip. Road trips trip me. They expose you to the natural endowments of this great nation. And I have undertaken many. Flying from Lagos to Jos and connecting from Jos to Bauchi by road over a decade ago was an enchanting spectacle through the Savannah. As spectacular as connecting from Kano to Jigawa. As pleasurable as wading through the blades of the Oriental flora from Onitsha to Calabar. Need I even mention the alluring ride from Calabar to the hilly heaven’s gate called Obudu Resort complete with the adrenaline-pumping sortie in the glassy, even eerie cable car. Every drive through the rain forest in any part of Nigeria is a pleasure to treasure.

Twice in December 2021, I boldly moulted my garment of fear and drove through the lush verdant green rain forests stretching from Ogun through the woody swathes of Ondo and the landscaped palm plantations in Edo to the greenish selva of Delta. My first trip was on December 2nd . It was a drive through hell. On a good day, without delay occasioned by the unforeseen, driving from Lagos to Delta is a four to five-hour serenade on the highway.

On my first trip, what was to take barely five hours stretched to a nine-hour journey from Lagos to my village in Delta. There were demons, in their legions, on the highway. There were Road Safety officials, Customs, a sprinkling of men in Army uniform, and chief of all, the police. The Anti-Kidnapping Squad of the police was also on duty. And I wondered why the Airforce, Navy, Immigration, NSCDC did not join in the number. They all mounted roadblocks, waiting for toiling and already cash-sapped Nigerians. Every 200-metre drive, there was a checkpoint. It was nauseating. And the police, as always, were on top of the show, outperforming other agencies in extortion and brashy brutishness.

My co-travellers counted over 60 checkpoints from Ogun (where the police commit least atrocity) through Ondo and Edo, the two most notorious states, to Delta. It’s not the open show of shame characterized by extortion by the police that irks. It’s their raw audacity and foolhardiness to insist that you ‘roger’ them, otherwise they will keep you and other motorists waiting. Obviously, the police have the monopoly of evil on this busy highway. The FRSC and the Customs are learners. Some motorists don’t even esteem the Customs men and men of the FRSC with the courtesy of stopping when flagged down. But not so with the police. They are the masters of extortion. And they have perfected their snare to catch their game. The police officers have perfected the art of using logs, huge tyres and drums to create bottlenecks. With the logs they narrow the road to a constricting funnel that makes commuting on a supposed expressway a harrowing experience. This is no exaggeration, the quantity of logs on Lagos-Benin-Onitsha highway is enough to make a raft across the River Niger. Every checkpoint has its fair share of logs. Some small, some big. Some are finely cut with machine indicating they may have been seized from loggers who daily ply this route; while some are amateurly cut, you would think they used their teeth.

But whether big or small, the police have used logs to deface the Lagos-Benin-Onitsha expressway, turning it from highway to byway. That Thursday, December 2, I had told myself that if the Inspector General of Police, Alkali Baba Usman, had plied that route in an unmarked vehicle and in mufti, he would have been asked to ‘roger’. A colleague who accompanied me on the trip said that was the lowest he had seen of the police. A real show of shame, a bribery bazar. A road show for ‘roger’.

However, I must commend IGP Usman. Amid rage by motorists including copious rebuke by the media, he ordered a withdrawal of cops from unauthorized checkpoints on the highway. I am happy to report that on my second trip on December 26, the ubiquitous checkpoints had reduced significantly. The highway wore a semblance of a highway. Traffic flowed smoothly in Ogun and Delta state ends. But it appears that Ondo and Edo police are hard at hearing. Some were still seen doing their ‘roger’ business. Those who withdrew their services from the highway failed to remove the heavy logs they used to crisscross the road thus triggering hold-up at their former business centres called checkpoints.

I have always stood on the side of the police. Countless times, I have advocated that the police deserve more than they are getting. I have argued that those who keep awake while the rest of us are sleeping deserve a better pay and more humane rules of engagement. But on the issue of extortion, I wager that the police have not been fair to ordinary Nigerians from whose taxes and toils the police are paid their wages.

Rather than concentrate effort and dissipate energy preying on commuters on Lagos-Benin-Onitsha expressway, all the policemen who turned the Lagos-Onitsha highway to bribery boulevard should be deployed to man Abuja-Kaduna highway. That stretch of highway requires effective and efficient policing at these times. I am through this column sending an SOS to IGP Alkali Usman to ensure that these hyperactive police officers in Edo and Ondo who made a fortune from distressing commuters on Lagos-Benin expressway should forthwith be dispatched to Abuja-Kaduna highway. They will serve the nation better there and who knows, they might just be the solution to the bogey of vicious kidnapping on that road. The reward for hard work is more work. The policemen who displayed unusual devotion to duty on Lagos-Benin road, up to Onitsha, deserve to be rewarded with more responsibility. And the Abuja-Kaduna road, which even our toughest military Generals and their lieutenants have avoided in recent years, should be a perfect match for these ‘dutiful’ cops.

But no matter, the notoriety of policemen on the Lagos-Onitsha highway plus the primitive interruptions from men of the Customs could not kill the pleasure of driving on the vastly improved asphalted highway. There’s pleasure that comes with driving through a smooth highway traversing the green forests of southern Nigeria or the naturally sculptured Savannah of the north. Cast aside the insecurity, a drive through any part of Nigeria is a drive through paradise. I am yet to see any country as blessed as Nigeria in terms of natural endowment, whether it’s mineral deposits, flora, fauna or something as common as sunshine and rainfall. We have them all in good measure. They speak of the blessedness of the world’s most populous black nation. They speak of our diversity. They attest to the benevolence of the God of Creation towards Nigeria. IGP Alkali Usman should help Nigerians enjoy the freshness of their environment without police extortion, harassment and bullying.