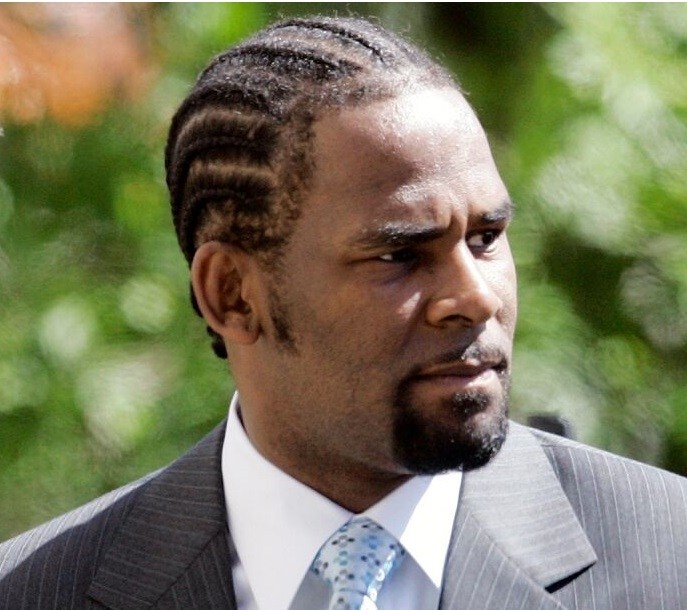 Former R&B star R. Kelly was sentenced to 30 years in prison on Wednesday for racketeering and sex trafficking, charges stemming from nearly 30 years of allegations that he physically and sexually abused women and minors.

It is a stunning fall for hitmaker Kelly, who won multiple Grammy Awards and released chart-topping music while dodging sexual misconduct allegations for decades. His is among the highest-profile cases to spring from the #MeToo movement, and the punishment handed down in a Brooklyn federal court is one of the harshest since the movement began.

During his 2021 trial, Kelly was depicted by former live-in girlfriends and employees as a star who used his fame, wealth and power to control and sexually abuse women. The mounting allegations against the singer tested the loyalty of ardent fans that had dubbed Kelly the “King of R&B” and kept his music at the top of the charts.

The Brooklyn federal jury found Kelly, 55, guilty of one count of racketeering and eight violations of the Mann Act, a law created to curb sex trafficking across state lines.

“The public has to be protected from behaviours like this,” Judge Ann M. Donnelly said as she delivered Kelly’s sentence, according to media reports. “These crimes were calculated and carefully planned and regularly executed for almost 25 years.”

For decades, whispers of Kelly’s behavior were deafening. And yet the R&B singer continued to sell out major arenas and bask in the support of his fans and the music industry until the #MeToo movement founded by Tarana Burke and a Lifetime documentary forced a public and legal reckoning.

“People will say ‘Well, why didn’t anyone notice?’ ” asked Mikki Kendall, an author who appeared in “Surviving R. Kelly,” the docuseries about the singer’s abuse. “The answer is that we all noticed. No one cared because we were Black girls.”

Lizzette Martinez, who has said she was abused by Kelly when she was a minor, said his 30-year sentence wasn’t enough, “but I’m pleased with it. It’s fine.”

During the trial, one accuser identified as “Jane” testified that she was forced into sexual encounters with other women and was unable to leave rooms without Kelly’s permission. Others testified that Kelly and his team would use his celebrity to lure his victims, many of them minors hoping for big breaks in the music business, only to be sexually abused by Kelly.

He was also convicted of crossing state lines for illegal sexual activity, coercion and enticement, and transportation of a minor.

“I hope this sentencing serves as its own testimony that it doesn’t matter how powerful, rich or famous your abuser may be or how small they may make you feel. Justice only hears the truth,” said Breon Peace, the U.S. attorney for the Eastern District of New York.

At Wednesday’s sentencing hearing, one of Kelly’s victims, Angela, turned to him as she spoke, according to media reports. “With every addition of a new victim, you grew in wickedness,” she said. “You used your fame and power to groom and coach underage boys and girls for your own sexual gratification.”

The sentence “didn’t come as a great big surprise,” said Kelly lawyer Jennifer Bonjean, adding that he will appeal the conviction. “It’s just the beginning of the fight.”

During the trial, Kelly’s lawyers argued that his accusers were “groupies” seeking a lavish lifestyle. They later said he deserved a reduced sentence because he was allegedly sexually abused as a child. “He’s not a predator,” Bonjean said. “He has regrets and he is sad.”

Kelly’s case is one of the few in which the victims were mostly Black women, which activists used to draw attention to how sexual violence disproportionately affects women of color.

“We are glad to see a sentence of 30 years, given the gravity of the abuse Kelly perpetrated. The sentencing in this case, where many of the survivors are women of color who fought tirelessly for R. Kelly to be brought to justice, sends an important message,” Erinn Robinson, director of media relations for RAINN, a nonprofit anti-sexual-assault organization, said in a statement. “Every survivor is deserving of empathy and justice, and we must create space for survivors from marginalized communities to be heard and believed. We hope this case encourages survivors from these communities to share their stories. You are not alone.”

The multiplatinum-selling star continued to churn out hits for years — from “I Believe I Can Fly” to “Step in the Name of Love” — before a social media campaign, #MuteRKelly, began calling for the public to stop supporting him. In 2019, the six-part Lifetime documentary “Surviving R. Kelly,” executive-produced by Dream Hampton, Tamra Simmons and Brie Miranda Bryant, put him under more scrutiny. As the decades of accusations and allegations made against the star were publicly reexamined, Kelly’s legal problems grew and many fans began to reassess their loyalty to the singer.

Kelly still faces various criminal charges in Chicago and Minnesota. In August, he will be tried in Illinois on federal charges of child pornography and obstruction of justice. In that case, Kelly switched defense attorneys, hiring Bonjean, who helped free Bill Cosby last year after he served nearly three years of a prison sentence for sexual assault. He pleaded not guilty to the charges in 2020.