The National Lottery Regulatory Commission (NLRC) said on Sunday in Abuja that its new strategy, the “Central Monitoring System’’ would boost government’s revenue collection and yield more dividends for players. 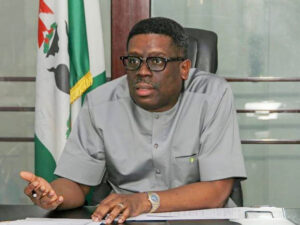 Director-General of the Commission, Mr Lanre Gbajabiamila, said in a statement issued by Magnus Ekechukwu, its spokesman, that the strategy would ensure that all earnings due to government on lottery were collected with precision.

He said the strategy would plug loopholes and drainages in the lottery business.

“With the arrangements being put in place, lottery will soon be contributing significantly to the federal treasury as it has done in countries like America, the United Kingdom and Spain,’’ Gbajabiamila was quoted as saying.

He said management and staff members were already trained for a successful outcome of the new plan.

He said arrangements had also reached advanced stage to establish an indigenous National Game with all the benefits of higher revenues for government.

He assured that the game would provide greater dividends for players and profound growth for the industry generally.

“We have remained tirelessly ingenious in engendering improved revenue earnings and entrenching a better lottery business in all ramifications,’’ he stressed. (NAN)