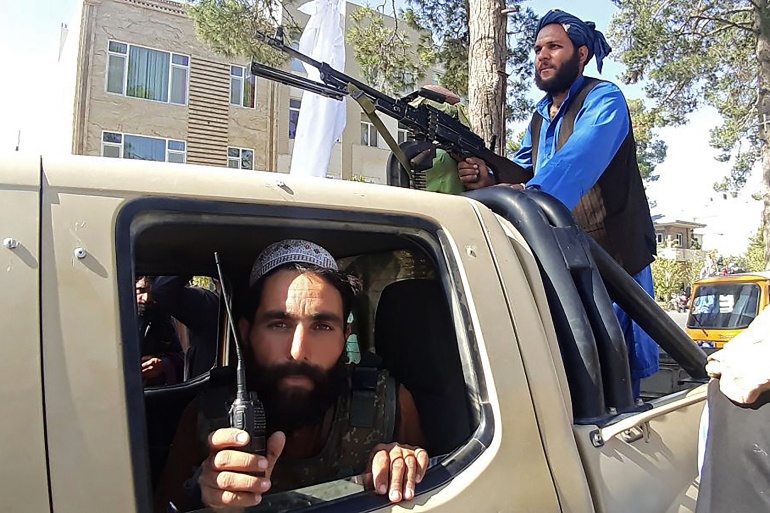 Even before the last U.S. flight left Kabul at midnight on Monday, many of the bright and garish sights and sounds of city life in Afghanistan were changing as those left behind tried to fit in with the austere tone of their new Taliban rulers.

The Taliban have so far been at pains to show a more conciliatory face to the world, with none of the harsh public punishments and outright bans on public entertainments that characterized their previous time in power before 2001.

Cultural activities are allowed, they say, so long as they do not go against Sharia law and Afghanistan’s Islamic culture.

Taliban authorities in Kandahar, the birthplace of the movement issued a formal order against radio stations playing music and female announcers last week but for many, no formal order was necessary.

Already, colourful signs outside beauty parlours have been painted over, jeans have been replaced by traditional dress and radio stations have replaced their normal menu of Hindi and Persian pop and call-in shows with sombre patriotic music.

“It’s not that the Taliban ordered us to change anything, we have altered the programming for now as we don’t want Taliban to force us to close down,” said Khalid Sediqqi, a producer at a private radio station in the central city of Ghazni.

“Also no one in this country is in the mood for entertainment, we are all in a state of shock,” he said. “I am not even sure if anyone is tuning to radio anymore.”

For senior Taliban, many raised in religious madrassas and with the experience of years of fighting and hardship, the change is overdue.

“Our culture has become toxic, we see Russian and American influence everywhere even in the food we eat, that is something people should realise and make necessary changes,” a Taliban commander said. “This will take time but it will happen.”

Across the country, the change has been noticeable.

While senior Taliban officials have said repeatedly their forces should treat the population respectfully and not hand out arbitrary punishments, many mistrust them or don’t believe they can control the foot soldiers on the streets.

“There is no music in all Jalalalad city, people are scared and afraid because Taliban are beating people,” Naseem, a former official in the eastern province of Nangarhar.

Zarifullah Sahel, a local journalist in Laghman province near Kabul said the head of the Taliban’s local cultural commission told the state-run public radio and six other private stations to adjust their programming to ensure it was in line with Sharia law.

Since then music programmes and political, cultural and news programming not related to religious issues had dried up.

But even where formal orders have not been issued, the message that the freewheeling era has come to an end and that it is safer not to stand out has been clear.

“I fear the Taliban may target me if was seen wearing jeans or western shirts or a suit,” said Mustafa Ali Rahman, a former tax official in Lagman province. “One just doesn’t know what they can do to punish us.”

A former civil activist in the northern city of Mazar-i-Sharif said shops and restaurants appeared to have decided for themselves and turned off their radios.

“There is no warning about music, but people themselves have stopped,” he said.