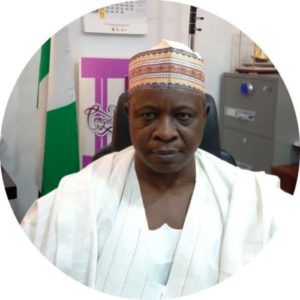 The Permanent Secretary, Ministry of Science and Technology, Dr Mohammed  Bello Umar, has responded to a query over the purchase of an uncompleted building for  N7 billion, saying the Minister of Agriculture, Alhaji Sabo Nanono, approved the deal.

Umar was queried by the Federal Government for allegedly incurring a contractual liability of over N48 billion when he served as Perm Sec at the Ministry of Agriculture and Rural Development even when there was budgetary provision.

The Head of the Civil Service of the Federation, Dr Folasade Yemi-Esan, issued the query on the directive of President Muhammadu Buhari on May 11, 2020.

But Bello Umar in his response dated 14th May, 2020, said that the approval for the building was granted by the Minister of Agriculture, Alhaji Sabo Nanono, who he accused of conspiring with the current Permanent Secretary of the ministry, Dr. Mu’azu Abdulkadir, to allege that the purchased office building was unfit for use.

Umar opened the lid to yet another scandal when he accused Dr. AbdulKadir of awarding and executing projects worth N3bn in his locality in complete disregard for due process.

According to him, the processes that were followed includes expression of interest to sell the property forwarded by the company to the Hon. Minister of Agriculture and Rural Development, among others.

Umar claimed that Dr. AbdulKadir awarded and executed projects worth N3bn in his locality in complete disregard for due process.

“It is worthy of note at this point that it is the current Permanent Secretary FMARD who is actually guilty of virement as since after the approval of the above contracts has refused to sign and release letters of award of contract to the respective contractors but instead diverted and vire the funds to other projects in his locality that were never part of the appropriation, neither advertised nor bided for. This is a case of unequivocal virement.

” The project in his locality that he awarded and executed in complete disregard for due process is estimated at over N3,000,000,000,” he added.

Below is his full response to the query

I humbly acknowledge the receipt of your letter No. HCSF/PSO/AOD/P.030/58 dated 11th May 2020, containing various allegations against me while serving in my position as the Permanent Secretary, Federal Ministry of Agriculture and Rural Development. While denying in totality all the allegations, I hereby forward my representations and response to all the false allegations contained in the query.

The contractual liability as at, when I was leaving was not N48, 429,543,895.72. Here, it should be noted that FMARD usually runs two budgets: that of the current year and the preceding year and, that most contracts of FMARD are continuous in nature and hence the necessity for contractual liabilities. Ministries that rollover budget cannot escape having liabilities.

iii. The Federal Ministry of Works and Housing was written to give valuation/determine the price and conduct its integrity test which they did.

vii. After submission of recommendation to the Hon. Minister of Agriculture; He approved that Council Memo be made to that effect. We then sent the Memo to the Secretary to the Government of the Federation who then scheduled it for Federal Executive Council approval. Consequently, the Federal Executive Council approved the purchase of the building. Kindly note that we have been invited, interrogated and cleared by the EFCC and ICPC on this particular matter after glaring facts were presented to them.

iii. Fencing of the new office complex and other related auxillaries;

Delta to establish own security outfit – ...