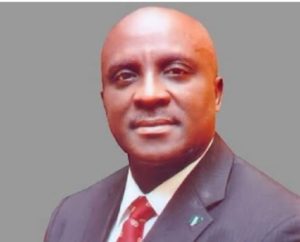 The CSOs in a statement issued by its Executive Director, Conscience Nigeria, Mr Tosin Adeyanju, in Abuja, described the appointment as a’ welcome development’ that has the capacity to positively turn around the fortunes of the agency.

Adeyanju expressed confidence in the capacity of Obioma, who before his appointment was the Resident Electoral Commissioner (REC) in Ebonyi state.

He said that the nation and all stakeholders would in no time be proud of Obioma’s giant strides at NECO.

“Obioma is bringing on board a rich wealth of experience in the educational sector as a former Executive Secretary of Educational Research and Development Council (NERDC) and Director at the Universal Basic Education (UBEC).

“We have no doubt in our minds that the appointment is one of the best decisions to have been made to reposition our educational sector in recent times.

“The president have simply put a round peg in a right hole this time around,“ he said.

Adeyanju advised Mr President not to entertain any blackmail or recently issued statement asking for Obioma to be dropped saying those behind the demand did not know the history of Obioma which he described as upright man.

He said Obioma was incorruptible in the discharge of his duties as Ebonyi REC, which must necessitated his appointment by President Buhari.

“This track record is what our President stands for and that is what Professor Obioma has exhibited in all his public service engagements.

“This is the major reason he has been saddled with onerous responsibilities at all times and the recent one is not surprising to us in the Civil Society Community,” he said.(NAN)