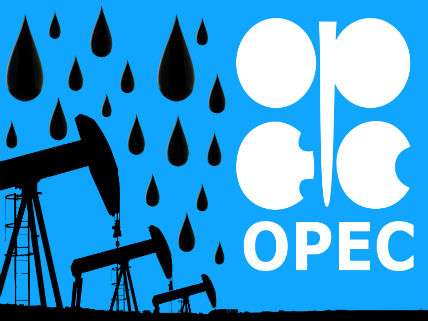 Nigeria’s crude oil production increased by 70,000 barrels per day in May according to a Reuters Survey released on Tuesday.

The document, which was obtained by the News Agency of Nigeria (NAN) in Lagos, showed that the country’s crude oil production averaged 1.42mbpd in May.

The figure is 70,000bpd higher than the average crude oil production in April, which stood at 1.35mbpd.

The survey said the increase in the Organisation of the Petroleum Exporting Countries (OPEC) oil output in May exceeded the rise planned under a deal with allies for the first time since February.

It said this was due to a higher Saudi and Iraqi supply combined with a partial recovery in outage-hit Nigeria.

“The second-largest of 70,000bpd came from Nigeria, which loading schedules indicate boosted exports in May, even though key crude stream Bonny Light remains under force majeure.”

It noted that Kuwait and Iraq provided smaller increases of 40,000bpd and 30,000bpd respectively, while the United Arab Emirates added 20,000bpd.

According to the survey, production did not increase in Congo, Equatorial Guinea and Gabon owing to a lack of capacity.

It said: “The biggest decline was in Libya, where supply dropped by 70,000bpd as unrest continued to curb the country’s output.

“Output in Iran also fell. Exports declined, sources in the survey said, in part because Iran has shipped less oil to China since the start of the Ukraine war as Beijing favoured cheaper Russian crude.”

The Reuters survey aims to track supply to the market.

It is based on shipping data provided by external sources, Refinitiv Eikon flows data, information from tanker trackers such as Petro-Logistics, as well as information provided by sources at oil companies, OPEC and consultants. (NAN)