How Not to Police a Pandemic 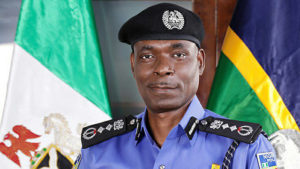 As soon as the COVID-19 pandemic was announced and its widespread implications made public, everyone including governments around the world went into a panic mode. Fear!  The media went berserk with many conspiracy theories and junk news hitting the airwaves. Soon, it was a dose of news of deaths from Wuhan-China. Next it was to Italy, and America cases were rising daily, then index case in Nigeria, and before you say ‘Corona’ the entire world had been overwhelmed by the virus.

Back home in Nigeria, the rush was on slowly, but soon hit the peak and the ‘small’ panic soon turned to another ‘big’ power game of a sort, providing opportunities for officials of government and politicians to demonstrate their competence or lack of it. Mind you, in a short time it was no longer about public health concern of COVID-19, but more about the demonstration of character and competence that soon transformed into overzealousness and brutality.

Gradually, we all forgot that we are all equal victims. Those in government soon saw themselves as more morally anointed to teach, and most times flog, everyone else into compliance. It must be a total lockdown! Suddenly, the army shooting was announced in Warri. Some residents were said to have revolted the alleged killing and an army official was allegedly beaten. Then, a video went viral on social media in which some supposed uniformed officers threatened to unleash their anger on residents of Warri. They promised all manner and forms of vengeance, all because of Coronavirus! Not only that, in Anambra State, a man left his home in his car to get money from the Automated Teller Machine, where he was accosted by some police officers and had his life threatened and his car tyre shot off. Another resident of Abuja was seen in a video chased and bullied by officers of the Federal Road Safety Corps (FRSC).

The bribery on our highways. While the interstate lockdown was still in force, several reports showed that agents of the state had embarked on tips collection to allow travellers access to other states under lockdown. This is another demonstration of a lack of faith in the battle to combat the pandemic.

Several cases of victimisation and stigmatisation were reported in some states. Chief amongst which is that of a lady who arrived from the United Kingdom and was quarantined for almost 40 days without having to properly brief her on her status and reasons why she was still being held after series of tests. It was evident that governments (state and federal) did not have a proper communication mechanism to ensure that those infected or suspected to have been infected would not feel stigmatized or victimized on account of the disease.  Confidence building through effective communication remains a fundamental element of health risk management. Anything otherwise will breed suspicion, doubt, and resistance from the public.

On palliatives, whereas the governments at both the state and federal levels have pretended to be giving out palliatives in form of food items, the majority of the households were left unattended to and those who received items lamented the very poor nature of the palliatives. This goes to show that governments across the country are not prepared enough for any form of crisis or a major national emergency.

While the COVID-19 pandemic still ravages the world with its aggravated impact felt in Nigeria, it is an opportunity to identify the loopholes in our national security, crisis response, and welfare systems to mitigate these, so far, bad experiences. There is a need to develop a national response strategy to crises, whether global or local, in such a manner that the nation will not be deeply exposed as in this case; poor human rights record and poor welfare systems.

In policing the pandemic, Nigeria has fallen deeper into state repression, tyranny, and human rights violations with claims of massive corruption attending the distribution of palliatives and cash transfers to the vulnerable. It is hoped that the right lessons should have been learned by relevant governments and agencies to ensure that there is no recurrence of these kinds of negative events. Nigerians need care not false palliatives, brutalisation, and or stigmatisation.