Politics
Home›Politics›Ozigbo: With Him Anambra Will Glow and Grow Again

Ozigbo: With Him Anambra Will Glow and Grow Again 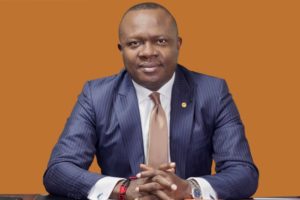 There is no election in Nigeria in the recent past that has generated immense euphoria, trepidation and suspense than the November 6, 2021 Anambra State Governorship election. Perhaps, none would, in time to come.

There are many reasons for this.

One, the threat by the Indigenous Peoples of Biafra(IPOB) to disrupt the election. If the election doesn’t hold, it is capable of throwing  Nigeria into a constitutional  crisis. Ndi Anambra would be the worst casualties. This may give room for manipulations and those who do not have the interest of the state at heart may hijack the state.

Luckily, the federal government has assured that it has put enough security structure in place to ensure that the election holds.

Some weeks ago, it was alleged that some officials of the Independent National Electoral Commission (INEC) have compromised and have decided to favour a particular candidate. INEC has also denied this.

Let us agree that the election would hold and that INEC would not compromise.

But the most germane reason is the edginess that governance in Anambra is at present, in the emergency ward. The needful must be done to rescue the state from the stagnation,  the inertia and the cancerous drunkenness that the state has relapsed into in the last eight years.

Eight years ago  Anambra was a debt-free state, hailed as one of the most viable in good governance and implementation of the United Nations 8-point Millennium Development Goals (MDGs) of reduction of poverty, hunger, disease, illiteracy, environmental degradation, and discrimination against women.

Today, the indicators from the state are unspeakably shameful. Anambra has become one of the most debt-infested states without a corresponding development.

Anambra has become one of the worst states in terms of security This is even when the headquarter of IPOB/ESN is not in the state.

Luckily, the November 6 governorship election is another opportunity to correct the mistakes of the past and ensure that the state is returned as the matrix of development and progress of the Peter Obi era.

Therefore, the candidate Ndi Anambra should queue behind on Saturday, should  have a strong, passionate vision for the future of the state, not just statistical and intellectual postulations.

The candidate should be able to put his experience in corporate and professional management in the perspective of history.

He must come with character, conviction and integrity.

He must advocate for meritocracy, not bureaucracy or political correctness.

He must drive competitiveness in business, in technology, in innovation and in productivity.

As in every election, the frontline candidates have outlined their various programmes and manifestoes.

If you study the programmes of the various candidates or if you had listened to the last Monday Governorship debate organised by Arise Television, you will be courageous enough to conclude, like me, that the People’s Democratic Party(PDP) candidate, Valentine Ozigbo, holds the ace and the  beacon that will return the state to the path of growth and expansion.

One of the traits of a great leader is that he feels so passionately, so strongly  and so committed about a cause. Not only does he live for it, he puts his life and resources on the line to see to its actualisation. Such a passion inspires accountability, promotes transparency, and institutes  patriotism.

Going by the debate, we can conclude that Ozigbo is the most passionate of all the other candidates and this gives him a clear advantage.

He is also the only candidate not attached to the apron strings of the  federal or state bureaucracy. This trait normally corrupts and will lead to unholy alliances and dysfunctional behaviours.

In fact, this attachment was what fuelled the invectives the two candidates of the APC and APGA poured on each other during the debate.

The All Progressives Grand Alliance(APGA) has been in government in Anambra in the last 16 years. As noted earlier, the state today is one of the most unsafe places to live or raise a family.  Businesses are collapsing by the day. It would thus be suicidal to have its candidate, Prof. Chukwuma Soludo continue to further these deprivations that people have suffered these years

On the part of the All Progressive Congress(APC) candidate, if things are done on merit as in other climes, the poverty, unemployment, insecurity, infrastructure decay, hopelessness and the near-state failure of the country under the APC should have been enough reasons to discredit and shame its candidate.

But coming to the arena with a bag of intellectual hollowness, Andy Uba’s most cherished credential is his attachment to the federal might.

At the debate, Ozigbo was more calm, more civil, more calculated, not aggressive and not rude.

He is coming with a genuineness to serve and take the state further.

While it is true that the responsibility of the government is to promote  the greatest good for the common people, this model is almost becoming antiquated. It tends to foster redundancy and promote laziness.

One of the key paradigms and objectives of modern government is that it must be run like an enterprise to drive change, efficiency, and innovation.

Having been a top player in the corporate world where he excelled, Ozigbo is best fitted to  balance meeting the expectation of the people for common good and the objective of keeping government afloat. He scored a distinction in this regard and very other candidates.

Ozigbo has the richest and most comprehensive manifesto and programmes. A healthcare that values the lives of Ndi Anambra with respect and care. A programme of  education that will equip the people with the skills and knowledge to face the growing challenges of the modern World. An economy that would be the most competitive sub-national economy in Nigeria. An e-governance where transparency, accountability and accessibility would flourish and thrive without bureaucratic hindrances. Capacity building that will drive initiatives; an environment  that would protect Ndi Anambra, where entrepreneurship, commerce, rule of law and justice will be sustained.

Ozigbo is also coming to equity with a clean hands. He has not been investigated for corruption, has never been tried for fraud. He has a flowering integrity that nobody or nothing can oppugn.

At 50, age is on his side. He has the strength, the agility and the presence of mind to take on the demanding tasks of governance.

Permit me to quote part of his manifesto and then ask

What other thing do Ndi Anambra want, than a technocrat, business man, intellectual, and philanthropist rolled into one in Ozigbo?

“Ozigbo is the founder of one of the leading non-profits in the country, the Valentine Chineto Ozigbo (VCO) Foundation; Ozigbo is one of Nigeria’s most respected philanthropists. VCO Foundation has positively touched the lives of over 100,000 Nigerians directly through its various programmes making a difference in many youths’ lives in

I am persuaded that a man who has achieved so much and has impacted on the lives of the people with his personal resources,  will shine brightly like a northern star, if given the opportunity to lead Anambra State.

Anambra occupies a strategic position in Nigeria and cannot continue to accommodate or remain in the state of anomie, uncertainty, misery,  bloodbath and bad governance.

Ndi Anambra must confront this biggest monster and chart a new path for themselves. Ozigbo is the rightful man for the job.

With him, you can be assured that the state will glow and grow again.

UniAbuja abduction: Give a “marching order” to ...