PDP BoT sets up committee to reconcile Wike, Atiku, others; Ayu may step down as Chairman 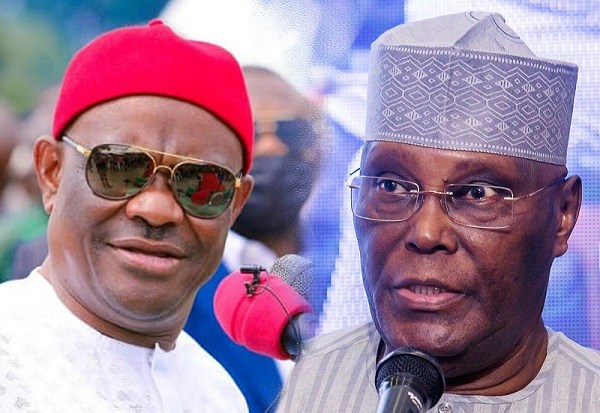 PDP BoT sets up committee to reconcile Wike, Atiku, others; Ayu may step down as Chairman

The Board of Trustees (BoT) of the Peoples Democratic Party (PDP) has set up a committee to reconcile its Presidential Candidate, Atiku Abubakar, and Gov. Nyesom Wike of Rivers.

This comes on the heels of strong lobbying within the party top cats for Sen. Iyorchia Ayu, to step down as the party’s national Chairman.

Ayu stepping down has been trumped as a card by supporters of Nyesom Wike who felt unsettled by his role he allegedly played in the emergence of Atiku as the party’s candidate. He was accused of bias.

Former lawmaker and member of the board, Sen. Abdul Ningi while briefing newsmen at the end of the BoT meeting on Wednesday in Abuja said there is now a committee to reconcile all aggrieved persons.

Ningi, who did not disclose the time frame for the committee, said it was expected to interface between warring factions so as to restore peace.

“We have set up a committee to interface between warring factions, particularly the acrimony brewing between the presidential candidate and Gov. Wike.

“It is a committee of the whole; every other BoT member is a member of the committee. I cannot tell you the grievances and the time frame,” he stated.

There have been reported internal crisis within PDP camp since the outcome of the party national convention that produced Abubakar as the party presidential candidate and the emergence of Gov. Ifeanyi Okowa of Delta as his running mate.

Wike was considered alongside Okowa for the running mate slot.

Wike who had ahead of the PDP primaries sworn never to be running mate to anybody, insisting he was the best man to fly the party’s flag, but he lost.

He reportedly made a volte-face and lobbied the committee set up to nominate three persons. The committee went beyond its brief by voting and narrowing the choice to Wike. Atiku, however, in accordance with section 142 of the constitution chose Ifeanyi Okowa who did not participate at the primaries.