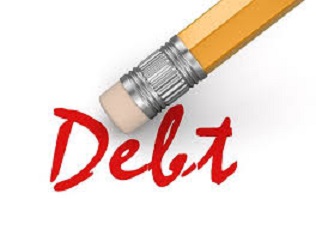 By Admin
April 30, 2020
Paris Club official creditors and a large group of private sector creditors said they agreed at an extraordinary online meeting this week to collaborate on a debt relief initiative for the poorest countries that begins Friday.

The Paris Club and the Institute of International Finance (IIF), which groups more than 450 banks, hedge funds and other financial institutions, said the coronavirus pandemic created a particularly dire situation for the poorest countries, many of which had high external debt burdens.

“The Paris Club and IIF have agreed to collaborate in support of the (Debt Service Suspension Initiative) agreed by the G20 and the Paris Club,” the two groups said in a statement.

Group of 20 countries announced on April 15 that they had agreed with the Paris Club to freeze the debt payments of the 77 poorest countries from May 1 through to the end of the year, as requested, to free up cash for the fight against the pandemic.

The IIF announced at the time that it would recommend that private sector creditors participate in the initiative on a voluntary basis.

Experts say more significant steps, including debt restructuring and cancellation, will likely be needed, given the dire economic conditions triggered by the pandemic.

The United Nations Conference on Trade and Development (UNCTAD) last week called for cancellation of $1 trillion of debt owed by developing countries.

The United Nations estimates that developing countries will need to pay back or refinance $2.7 trillion in debt by the end of 2021, not counting billions of dollars in additional loans needed to combat the pandemic and mitigate its economic impact.

Much of the developing countries’ debt is held by China, which aggressively stepped up public and private lending in Africa and other developing regions over the past decades.

During this week’s meeting, private sector creditors highlighted the complexity of attaining debt service suspension in a short time-frame but expressed strong support for the initiative on comparable terms, the two groups said.

It was not immediately clear how many of the 77 poorest countries had or would request suspension of their payments.

All 22 Paris Club official creditors and more than 70 representatives from the private sector participated in the online meeting on Tuesday.

Creditor coordination was crucial since the creditor base was now more diverse and included official bilateral and multilateral creditors as well as private sector lenders and bondholders, the groups said in their statement.

With global commodity prices near their lowest levels in almost 50 years and oil market turbulence, many of the poorest borrower countries have been rocked by sharp declines in export revenues and the strong U.S. dollar, which poses additional refinancing challenges.

Private sector creditors said they were committed to finding ways to implement the debt relief, but also noted constraints on their participation. They agreed to work in coming weeks on the terms of reference for an effective, voluntary private sector participation.

There was broad agreement on the importance of active collaboration between official and private creditors on this vital initiative, the groups said.