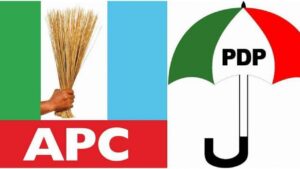 Dr Salihu Lukman, Director-General, Progressive Governors Forum, a forum of APC governors,, said on Sunday in Abuja that opposition parties were portraying the APC and President Muhammadu Buhari in bad light in spite of their achievements.

Dr Lukman said in a statement that opposition parties were taking advantage of passive official communication by APC and the Federal Government to achieve their negative objectives.

“Consequently, opposition is succeeding in taking advantage of this reality to unfairly portray both the APC and President Buhari in bad light,” he said.

“Efforts to engage Nigerians to secure ownership of policy initiatives are quite low, but quite some significant progresses have been achieved,’’ he noted.

The false narratives against APC and President Buhari are being promoted by the opposition to suggest that criminal activities of banditry started only when APC took control of the Federal Government in 2015, he stated.

He stated also that the APC was being portrayed to have failed in ending Boko Haram insurgency, whereas objective analysts would recall that activities of the insurgents predated the APC administration.

He recalled that as at 2015, apart from controlling most parts of the Northeast, Boko Haram had spread to parts of Northwest and North-Central, notably, Kano, Kaduna, Niger, Kogi and Nasarawa states.

“In both the Northwest and North-Central, problems of cattle rustling were rampant. Kidnapping was also there in many parts of the South-South and Southeast.

“To worsen matters, there was the 2014 corruption case of 2.1 billion dollars meant for arms procurement, which was diverted by PDP-led administration of former President Goodluck Jonathan.

“It is true that the problem of cattle rustling in the Northwest and North-Central has graduated to banditry and it is assuming a war situation.

“However, it should be recognised also that the fight against Boko Haram has made significant progress. Unlike before 2015 when most parts of the Northeast was under the control of insurgents, this is no longer the case,’’ he stated.

While acknowledging that there were still challenges in fighting banditry and insurgency, Lukman said the APC-led government was responding creditably.

He noted that for the APC to achieve the goal of producing a new Nigeria, it must be a party with a united leadership, disciplined and respectful.

He added that the process of re-organising APC’s structures must make the party functionally active in facilitating negotiations between leaders at all levels, saying that all agreements reached must be respected by all.

“It is respect for agreements reached by all that can produce a new Nigeria,’’ Dr Lukman also stated.

He appealed to the Gov. Mai-Mala Buni-led APC Caretaker and Extra-Ordinary Convention Planning Committee to conclude its assignment to amend the party’s Constitution speedily.

Lukman added that the party should strengthen and prioritise processes of disciplinary hearing and enforcement of decisions.

He stated that capacity of the party to regulate the conduct of members and leaders should be strengthened.

Lukman said also that since the party desired to bring about change, regulating the conduct of members and leaders would be an important catalysing factor to change Nigerian politics and produce the new Nigeria of APC’s dream. (NAN)