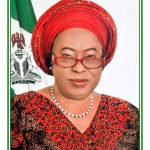 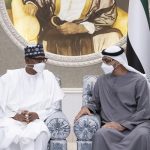 Long-distance travel is an ordeal at the best of times, so you can imagine the world’s longest commercial non-stop flight ain’t for the faint-hearted.

Qatar Airways has completed its first non-stop flight from Qatar’s Doha to New Zealand’s Auckland, with its Boeing 777-200LR touching down early Monday, after 16 hours and 20 minutes in the air. CNN’s Richard Quest was among the history-making passengers.

Aware that the trip was a landmark occasion, passengers were keen to document the experience on social media. It’s like being there IRL, but without the expensive tickets and possibility of deep vein thrombosis.

The trip covered a distance of 14,535 kilometres (9,032 miles), eclipsing a record previously held by rival Emirates. That regular flight is between Dubai and Auckland, which is more than 300 kilometres (186 miles) shorter than this route. Qatar Airway’s return trip time is even longer, clocking in at 17 hours and 30 minutes — made slower due to the headwinds on the way back.

To commemorate the inaugural flight, passengers scored themselves special cupcakes. For those fortunate enough to travel in business class, they got a “Kiwi Rose mocktail” to sip on too.

They also received a traditional water salute from the Auckland Airport’s fire teams.

Despite the fanfare, it’s worth noting that Air India has a flight from Delhi to San Francisco that is 15,300 kilometres (9,506 miles) long.

But as USA Today notes, that’s due to the airline’s October change in route over the Pacific Ocean. Tailwinds as the plane heads east helps to save fuel, but add almost 1,400 kilometres (869 miles) compared to flying over the Atlantic Ocean.