Police in Lagos says one Chukwuebuka Obiaku, who was arrested by its operatives for holding an  American citizen in a hotel in the State for over a year deliberately lured the victim into the country under the pretext of love and deceitfully married her on May 15, 2019.

In a series of tweets on Sunday, the Nigeria Police said the victim who hails from Washington DC and is a retired civil servant in the US, was held at the hotel against her wish.

According to the Police, Obiaku was said to have subsequently held her captive in the hotel and extorted from her monies amounting to a total of $48,000.

The suspect allegedly collected and took control of the victim’s credit and debit cards forcefully, as well as the operation of her bank accounts, including the receipt of her monthly retirement benefits and allowances over a period of 15 months.

“The victim was said to have arrived in Nigeria on February 13, 2019, on a visit to one Chukwuebuka Obiaku, a 34-year-old native of Ikeduru Local Government Area of Imo State, whom she met on Facebook”.

The police, however, said the American was rescued by operatives attached to the Intelligence Response Team (IRT), Ogun State Annex following information received from a patriotic Nigerian in the Meran area of Lagos State. 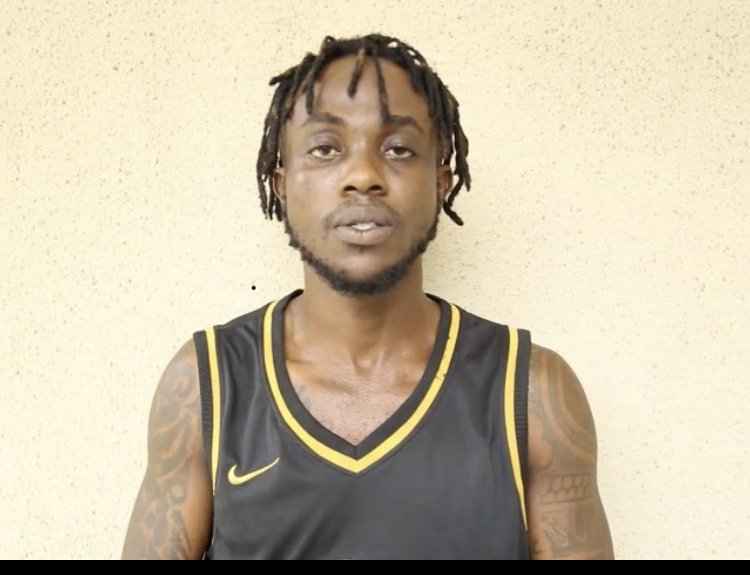 Photo credit @PoliceNG on July 12, 2020, shows suspect, Chukwuebuka Obiaku accused of confining a U.S. citizen in a hotel in Lagos State for over a year

“The rescue of the American lady is coming on the heels of a similar case of abducted Filipino lady who was lured to Nigeria by her supposed lover whom she equally met on Facebook.

“Investigations reveal that the suspect, Chukwuebuka Kasi Obiaku is a graduate of Business Administration and Management and an internet fraudster who has defrauded many unsuspecting members of the public both locally and internationally,” the Force said.