Securing Nigerians, the country’s territory remains the preoccupation of the President – Adesina 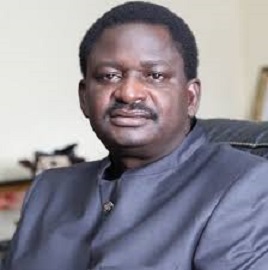 Securing Nigerians, the country’s territory remains the preoccupation of the President – Adesina

The presidency has cautioned Nigerians against criticising President Muhammadu Buhari of failing to address the security challenges in the country.

Speaking during an interview on Channels Television’s Politics Today on Monday, the Special Adviser to the President on Media and Publicity, Femi Adesina, said it is wrong and uncharitable to accuse his principal of failure.

“Government is working at it and it is work in progress. Let nobody come and say nothing is being done and the government has failed, that will be uncharitable,” he said.

When asked if the current administration considers changing strategy in confronting the problems of cattle rustling, terrorism, banditry among other crimes, the presidential spokesman noted that it is left for the security agencies to do that.

Adesina noted that President Buhari receives briefings from security agencies on a regular basis, stressing that security tactics change from time to time.

“When it comes to strategy, it is not for us to say or determine. It is for experts in that area to review strategy and if there is a need to change it, they will do.

“From time to time, there are reviews. How do you know that the strategies remain the same? Strategies change from time to time. We don’t go to the front, we don’t know. It is not for us to determine whether this strategy is right or wrong,” he said.

Amidst the several loss of lives and properties due to attacks in the country, Adesina reiterated the commitment of President Buhari to fight criminals.

The presidential spokesman explained that securing Nigerians and the country’s territory remains the preoccupation of the President.

According to Adesina, the myriads of security challenges will come to an end one day.