Eight persons have been confirmed dead following a gas plant explosion that occurred in the Ipaja area of Lagos on Thursday morning. 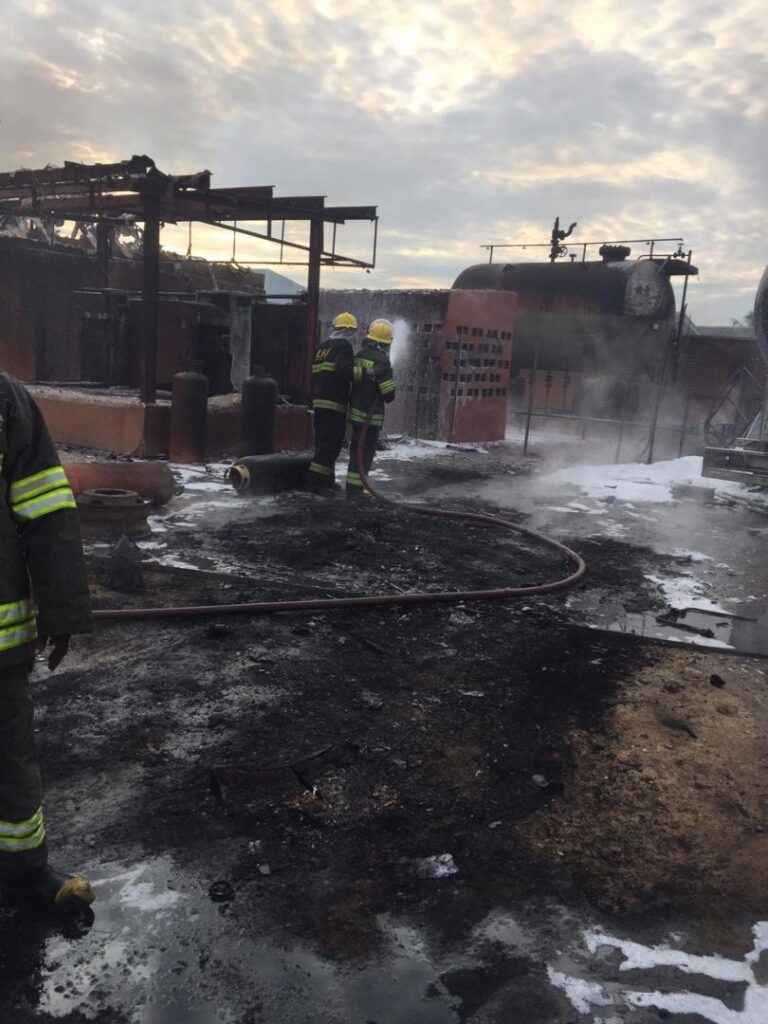 Officials of LRU at the scene

According to a statement by the Director-General of the Lagos State Emergency Management Agency (LASEMA), Dr Olufemi Oke-Osanyintolu, the incident occurred around 6:00 am, destroying several properties.

While further assessment of the area is still ongoing, a tweet by the emergency response agency, disclosed that an initial disaster assessment revealed that eight fatalities have been identified.

The incident is coming barely two weeks after a tanker explosion occurred in the iju, Ajuwon area of the state.