Organ harvesting: The one reason why the Ekweremadus risk conviction

Organ harvesting: The one reason why the Ekweremadus risk conviction

The case against Senator Ike Ekweremadu and his wife, Beatrice Nwanneka Ekweremadu, over allegation of organ harvesting could be ‘lack of consent’ as the said donor was recorded as a child by the Metropolitan Police.

The ‘Child’ status of the said donor demands that a consent letter by parents or guardians of the child ought to be part of the documentation for visa processing and for the hospital. 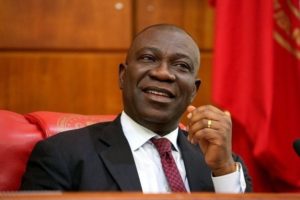 Ordinarily, donating organ to someone in need of it is not a crime, but it must be with ‘consent’.

This also invalidates the story on social media that the said donor was a certain man named Vincent Jeremiah. The said Vincent upon noticing that his name was being dragged into the case quickly issued a disclaimer pf his Facebook page, saying he has nothing to do with the saga.

He wrote: “Please kindly disregard the post flying around which suggests that I am the young man whom Ike Ekweremadu allegedly paid for a kidney transplant. My name is VINCENT JEREMIAH and I have nothing to do with the said incident! Thank you.”

The letter supporting the visa application for Ukpo signed by Senator Ike Ekweremadu, dated December 28, 2021 to the British High Commission, Abuja has disclosed that the lawmaker fully disclosed why he was taking the organ donor to London.

The letter stated that one Mr. Ukpo Nwamini David was needed at the Royal Free Hospital, London to donate kidney for the health condition of Ms. Sonia Ekweremadu, said to be his daughter.

The letter stated that he would be responsible for the financial obligations of the trip and that he had attached his account statement for verification.

What was not disclosed was if there any letter of family consent which is a requirement for a minor going through such activity as the said ‘donor’ was tagged a minor by the Met Police.

But Ekweremadu’s letter addressed the donor as ‘Mr.’, implying that he is an adult who is old enough to volunteer personal consent, contrary to report that the donor is a child as reflected in the Met Police report.

And Ekweremadu, being versed in the law may have taken the right steps, especially in Nigeria where there is no defined law on organ donation.

Ekweremadu and his wife are standing trial for trafficking a person for organ harvesting which is captured under the UK’s law against modern slavery.

The case was subsequently adjourned until July 7 during which the couple would remain in remand.

A woman and a man were charged today (Thursday, 23 June) with conspiring to arrange the travel of a child into the UK in order to harvest organs.

The charges follow an investigation by the Metropolitan Police’s Specialist Crime team.

[A] Beatrice Nwanneka Ekweremadu, 55 (10.9.66) of Nigeria is charged with conspiracy to arrange/facilitate travel of another person with a view to exploitation, namely organ harvesting.

[B] Ike Ekweremadu, 60 (12.05.62) of Nigeria is charged with conspiracy to arrange/facilitate travel of another person with a view to exploitation, namely organ harvesting.

The investigation was launched after detectives were alerted to potential offences under modern slavery legislation in May 2022.

A child has been safeguarded and we are working closely with partners on continued support.

“As criminal proceedings are now under way we will not be providing further details.”