I Will Choose a Woman As Vice President if Elected – Anyim 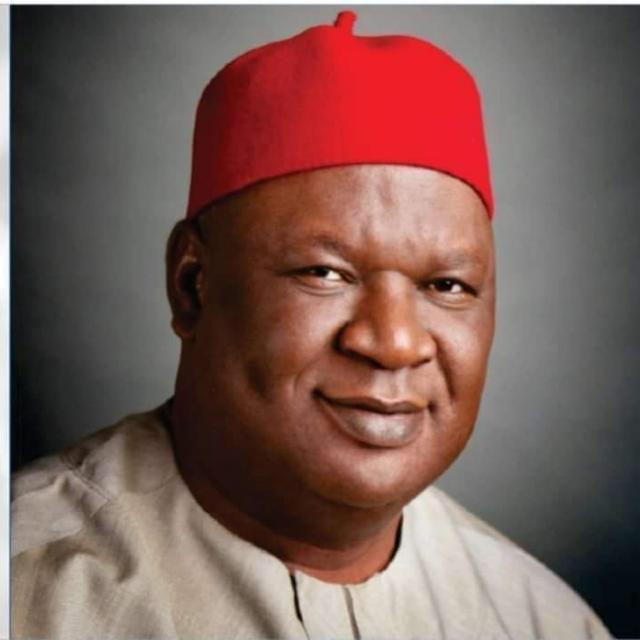 I Will Choose a Woman As Vice President if Elected – Anyim

The quest for more participation in politics by women received a resounding boost at Abuja, May, 12, 2022 when Anyim Pius Anyim, a presidential Aspirant on the ticket of the People’s Democratic Party, PDP, told the former members of the National Working committee of the party NWC, in his Abuja campaign office, that PDP has always encouraged the participation of women in politics.

Anyim promised to up the ante for women as a president saying, “I will choose a woman as my vice president if I have my way.”

The proviso however by Anyim means though he may wish to do so as a person, but the decision of who becomes his vice may not be entirely dependent on his wishes. Meanwhile, the former NWC of PDP led by Ambassador Kema Chikwe, which included the likes of Olisa Metu, former publicity secretary, Nze Fidelis Ozichukwu, former National Vice chairman, South East, Chief Shuibu Oyedekwun among others met with Anyim for an interactive session in his office.

According to, Ambassador Chikwe, the visit was mainly to understand what they will tell other people that makes Anyim unique and what stands him out among other aspirants. Without really waiting for Anyim to blow his own trumpet, some members of the group who had related closely with Anyim described him as that leader Nigeria truly needs now.

According to Dr. Akilu Ndabawa, secretary, Femi Okunronmi committee on ground preparation for 2014 National Conference, Anyim has had both legislative and executive experience in government. Again, Ndabawa stated, “if President Buhari, could attend Anyim’s birthday, represented by Boss Mustapha, Anyim’s immediate successor in the office of Secretary to Government of the Federation, SGF, it means  a pay-back visit for excellent job done while in office. It means in the eyes of the present government, that Anyim never soiled his hands as the SGF.”

Ndabawa maintained that his interactions with Anyim all through the National Conference which he said was solely midwifed by Anyim, showed that he is such a  leader who can generate ideas that can settle issues in times of any crisis situations.

In response, however, Anyim recalled his unique roles both as president of the Senate and SGF as his distinguishing factors. He told the former members of the NWC that before he assumed the position of president of the Senate, the upper legislative chamber was in turmoil. Suspicion, lack of trust, cleavages to ethnic and religious leanings were prevalent in the chambers.

Anyim reminded his guests that building a consensus in a multi-ethnic nation like Nigeria is not a task every Dick and Harry could boast of. But by His grace, Anyim told the  audience, “I brought peace, I brought love and I brought understanding to the legislature and the nation at large as I stabilized the system.”

The legislature began to function as a family and began to reason as members of one nation, he stated, boasting, “till date, that the solid foundation that he left behind has ensured that there’s no impeachment in the Senate since he left office. He assured his visitors that he is coming to give leadership which its absence, he said has been the bane of the country challenges. Anyim promised that the same principles that guided his wisdom in leading the Senate will as well determine his approach in governing the country as its president.