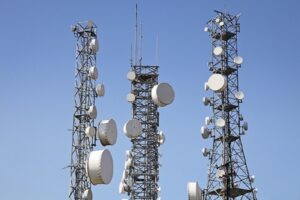 Gov. Bello Matawalle of Zamfara has lifted the ban on mobile telecommunication network in the state.

Matawalle made the announcement at the state congress of All Progressives Congress (APC) in Gusau on Saturday.

He said the Nigerian Communications Commission (NCC) would release all the networks by Monday.

He said his administration was satisfied with the current security situation in the state.

Matawalle said that banditry and kidnapping had been substantially suppressed within the period of the telecom shutdown.

The governor added that security forces were still flushing out and arresting remnants of the bandits and their collaborators.

“I want to announce today that we have taken a decision to lift the ban on telecommunications in the state.

“God willing, as from next Monday, we shall have that effected.

“The decision was due to encouraging reports of successes achieved in the state from those stringent measures,” Matawalle said.

NCC had on Sept. 4, suspended telecommunication network in the state to block information flow between bandits, kidnappers and their collaborators in the state.

The NCC, however, lifted the suspension and restored network in Gusau, Zamfara capital on Oct. 4 while 13 local government areas remained without the network.

Matawalle commended the residents for their resilience and patience during the three months of network suspension.

He urged people in the state to join the APC, adding that the restoration of the telecommunication network would assist the party in its membership registration drive.

The governor commended the party delegates from wards to local governments for the peaceful congresses and the final emergence of the State Executives of the party.

Matawalle promised to work with the party executives for the progress of Zamfara and it’s people.

The party executives including Woman and Youth leaders, as well as representative of persons living with disability, emerged through consensus.

The motion was seconded by Alhaji Aminu Sanin-Jaji, former member House of Representatives.

Meanwhile, Alhaji Aliyu-Mahmud Shinkafi, former Governor of the State moved the motion for the dissolution of the State caretaker committee.

Shinkafi was seconded by the Speaker of the State House of Assembly, Nasiru Muazu Magariya.

When a leader values one tribe over ...

Victor Osimhen’s eye ‘came out of its ...